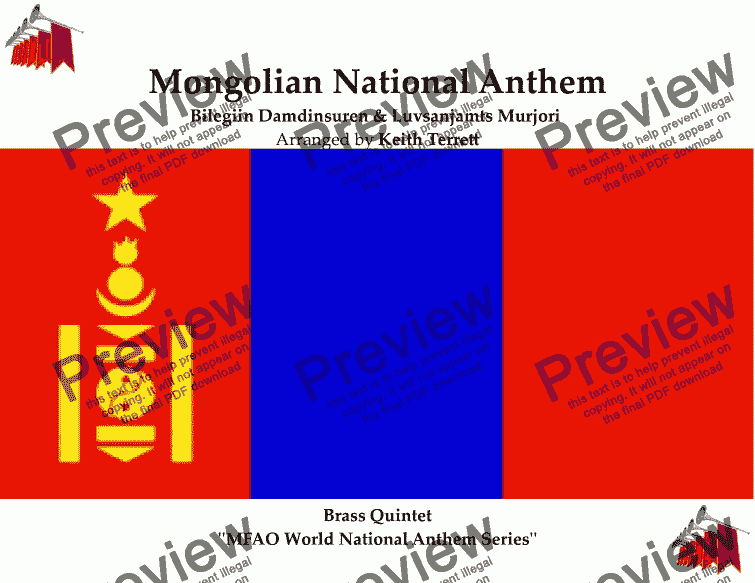 Mongolia’s current anthem has been in place since 1950, yet has undergone several changes in its lyrics. The original lyrics were replaced in 1961, perhaps partly due to the mention of Stalin in the original lyrics, as the Communist world underwent a process of “de-Stalinization” after his death in 1953; it has been reported that between the time of his death and the replacement of the lyrics in 1961, the second verse was not performed.

After the transition to democracy from Communism in 1990, the original lyrics from 1950-1961 were restored, but with slight changes, removing the references of Communist heroes. In July, 2006, the lyrics were slightly revised again, and both verses now have their own unique refrain.