By: PHILIP R BUTTALL
For: Quartet of Bassoons
This music is in your basket
View basket
Loading... 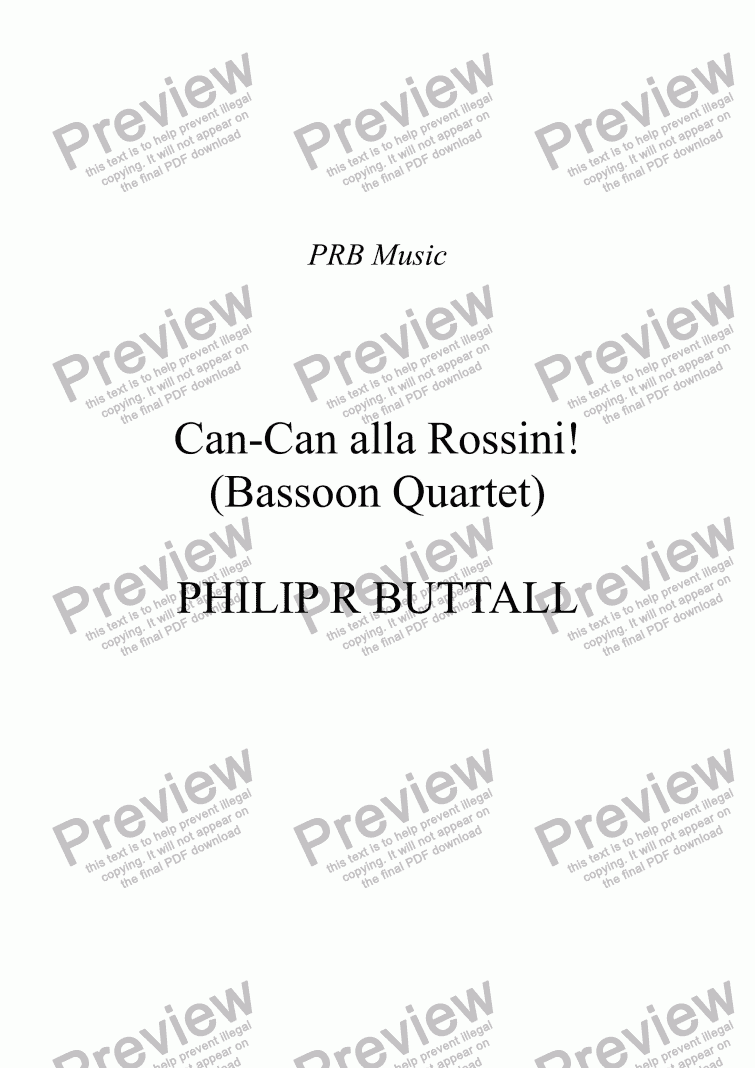 By: PHILIP R BUTTALL
For: Quartet of Bassoons

Composer
PHILIP R BUTTALL
Year of composition
2013
Publisher
PRB Music
Difficulty
Difficult (Grades 7+)
Duration
2 minutes
Genre
Classical music
License details
For anything not permitted by the above licence then you should contact the publisher first to obtain permission.

The attached parts are solely written in the Bass clef, as, the other day, I had a request from a bassoonist for parts which didn’t involve the Tenor clef. However, if you need any part in the Tenor clef, when appropriate, just ask, and it will be produced!