By: PHILIP R BUTTALL
For: Quartet of Flutes
This music is in your basket
View basket
Loading... 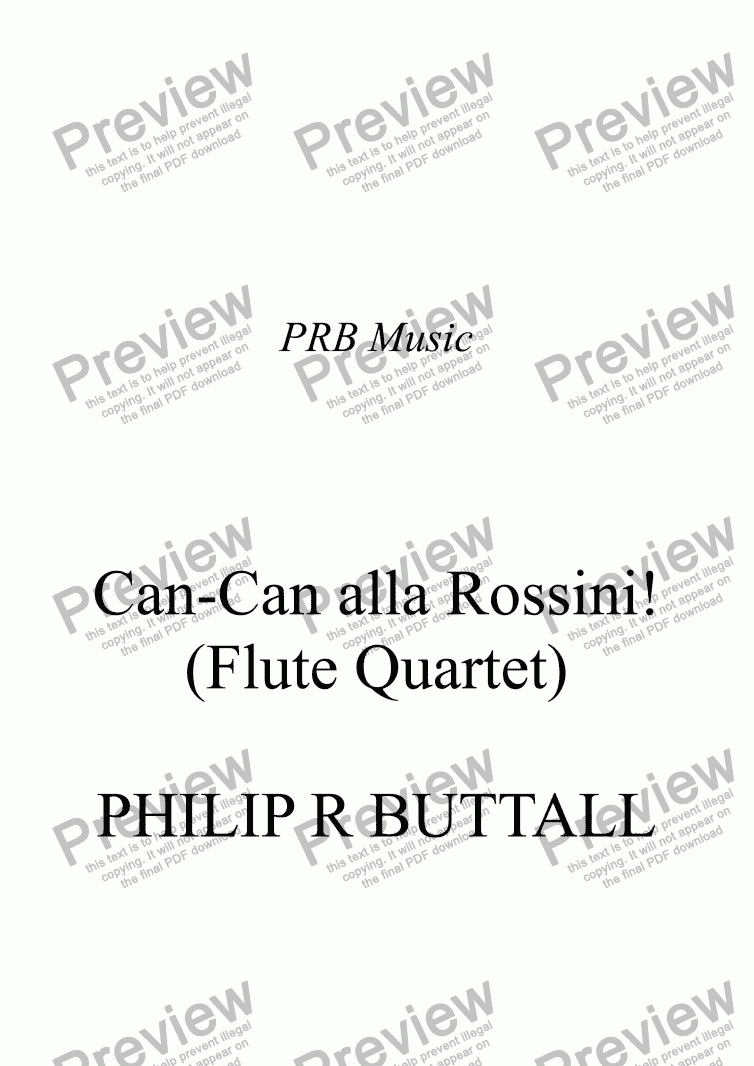 By: PHILIP R BUTTALL
For: Quartet of Flutes

Composer
PHILIP R BUTTALL
Year of composition
2013
Publisher
PRB Music
Difficulty
Difficult (Grades 7+)
Duration
2 minutes
Genre
Classical music
License details
For anything not permitted by the above licence then you should contact the publisher first to obtain permission.

As before, when producing multiple versions from one idea, each version is unique, and usually dictated by the range of each instrument used, especially where four of the same kind are used, which limits the overall range from top to bottom.

My good friend, Lisa Ochoco, from Oregon, USA, saw another of my versions for Can-Can, and asked if I could come up with an arrangement for her Flute Quartet, which I have done!