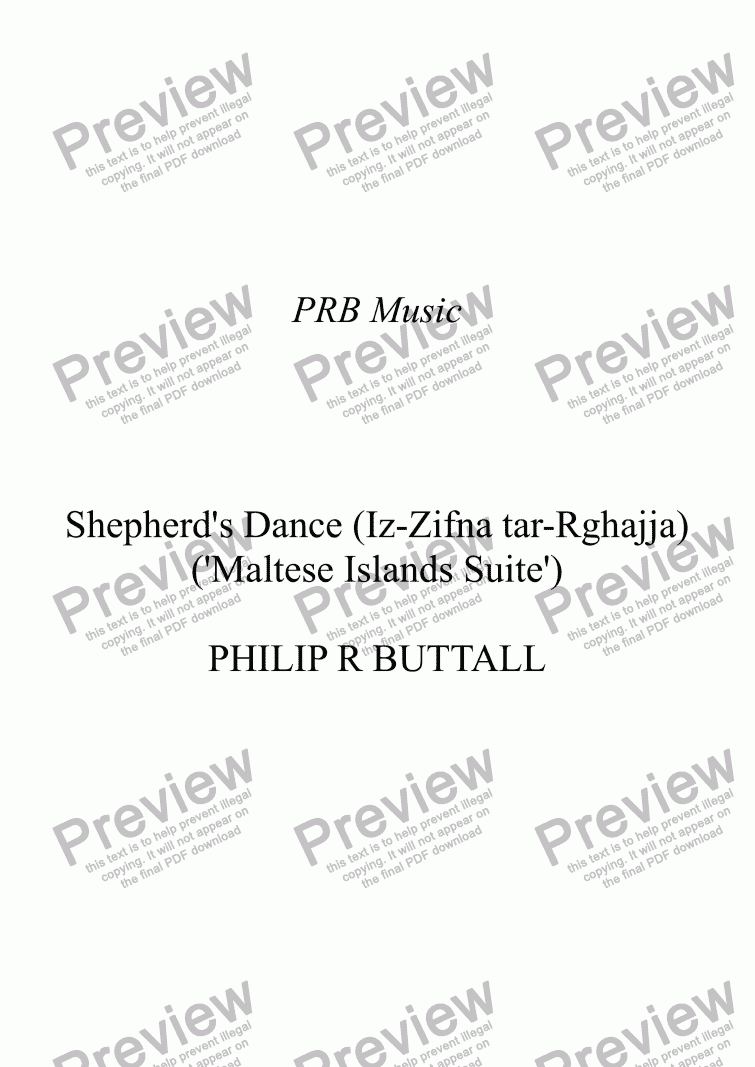 Just before Christmas, 2004, I was delighted to receive an email from Sharon Gauci (see photo), of Senglea, Malta, who had seen the suite whilst browsing the former SibeliusMusic, and asked whether she could give the world premiere of the work on Malta itself! It goes without saying that I immediately got back to say how thrilled I would be, if this were to happen, and I’ve subsequently dedicated the Maltese Islands Suite to Sharon (or ’Shar’, to her friends!). Sharon has since moved to the UK, where she is now teaching.

The opening short improvisatory section – and the piece’s subtitle – should give a good idea that while Malta is a Mediterranean island not far from Sicily, its origins, and indeed language, both spoken and musical, have quite a lot in common with Arabic. The dance section again uses the 3+3+2 rhythm pattern, but now in an urgent fashion, exotic touches added by the melodic use of the harmonic minor scale, with its decidedly non-Western interval of the augmented second! Hopefully it rounds the Maltese Islands Suite off with some aplomb!