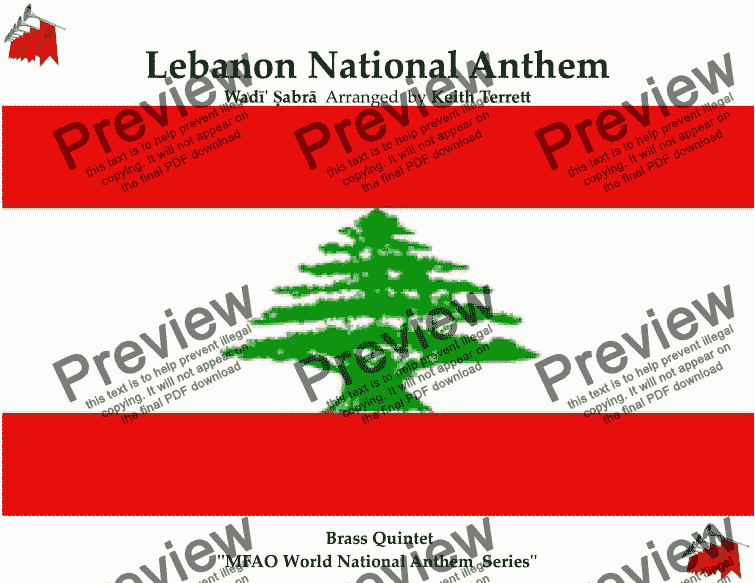 An arrangement for Brass Quintet of the Lebanese national anthem.

The Lebanese National Anthem (Arabic: النشيد الوطني اللبناني‎) was written by Rashid Nakhle and composed by Wadih Sabra. It was adopted on 12 July 1927, seven years after the proclamation of the state of Greater Lebanon during the French mandate.

The music of the national anthem is influenced by Beirut’s exposure to western culture by the end of the 19th century, it was composed by French trained artist Wadih Sabra in 1925.

Al-Jadeed TV station showed a mini documentary on the Lebanese National Anthem, claiming the music to have been plagiarized from a song dedicated to Muhammad Ibn ’Abd al-Karim al-Khattabi, the leader of the Rif Republic, which was composed by Lebanese Mohammed Flayfel. It later showed another documentary containing documents which proved the claim. 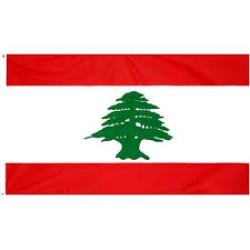