By: PHILIP R BUTTALL
For: Duet
This music is in your basket
View basket
Loading... 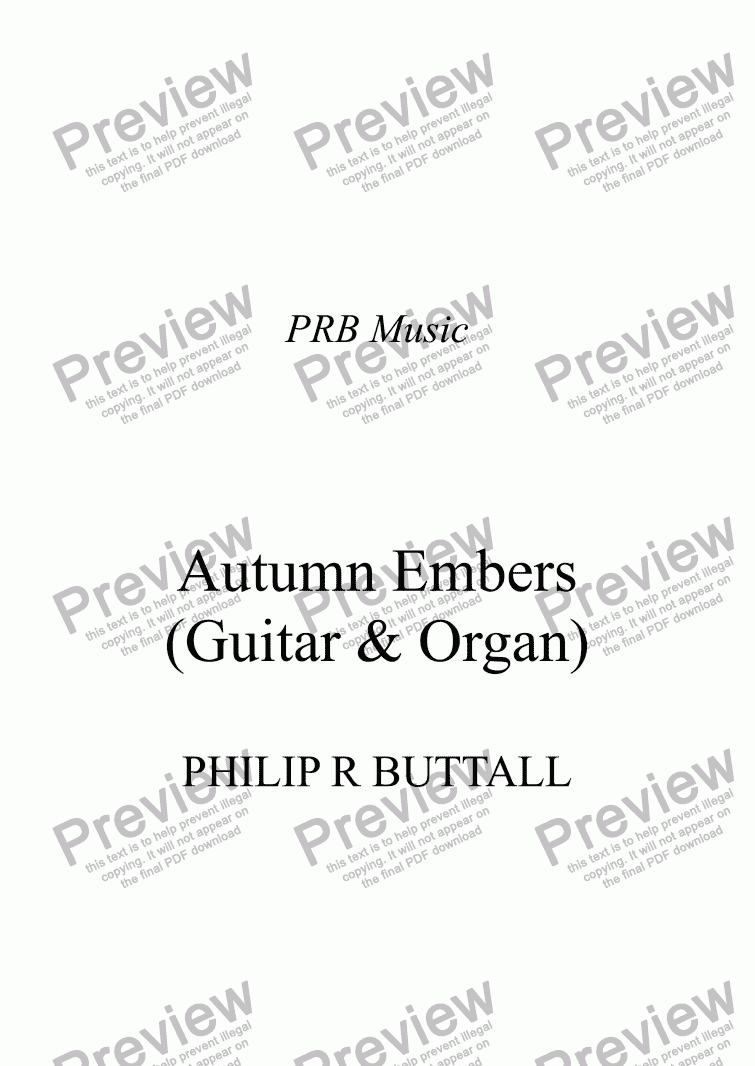 By: PHILIP R BUTTALL
For: Duet

Composer
PHILIP R BUTTALL
Year of composition
2001
Publisher
PRB Music
Difficulty
Difficult (Grades 7+)
Duration
4 minutes
Genre
Classical music
License details
For anything not permitted by the above licence then you should contact the publisher first to obtain permission.

This was originally titled A Simple Andante for solo guitar, but has been revised and fingered by professional guitarist, Alison Smith, who gave its first performance at her recital in Plymouth in April, 2002. I had already dedicated this short piece to Alison, because one of her greatest musical attributes is the extremely expressive way she plays, which this piece needs, first and foremost. It does need, however, an excellent technique, and as such cannot be described as ’simple’. On hearing her perform it so successfully, I feel that our idea to rename it Autumn Embers very much captures the nostalgic sentiments within, and is hopefully an improvement on the original title!

A simple string accompaniment had later been added, as well as a reduction for organ, following a kind request from Jefferson Avenue Presbyterian Church, Detroit, Michigan, where the fine E M Skinner organ will accompany Autumn Embers hopefully in a future Sunday worship.

This is a version for guitar and pipe organ only, based on the organ part from the string reduction.