By: Alain Jacques
For: Voice + guitar
This music is in your basket
View basket
Loading... 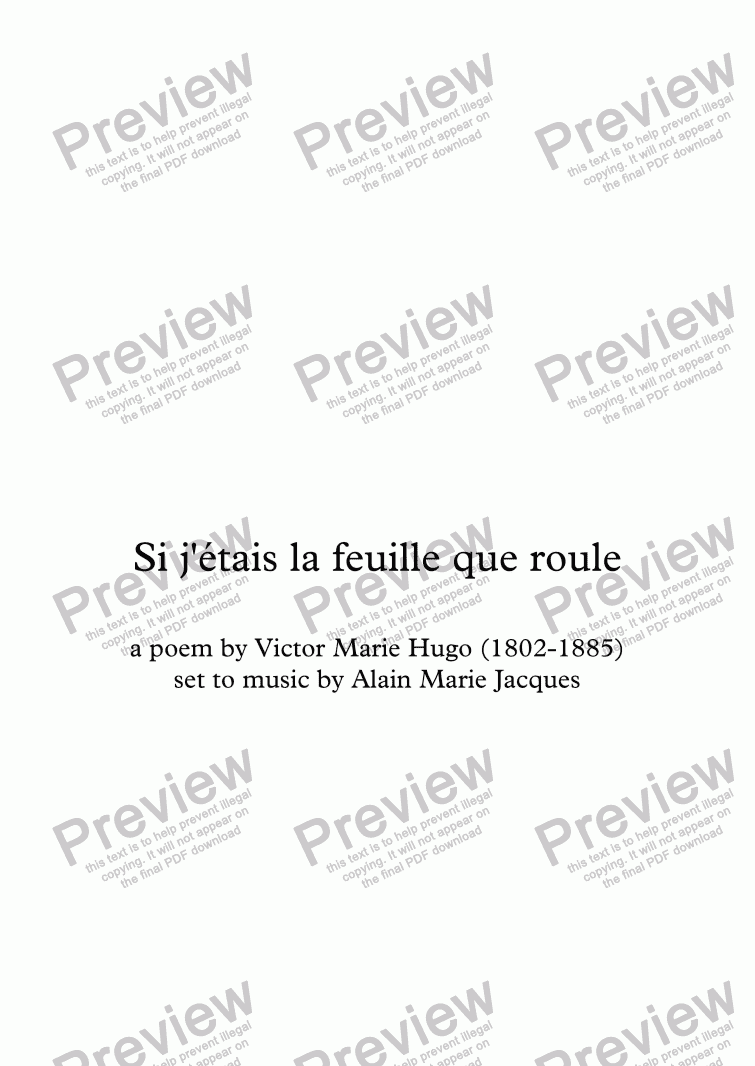 By: Alain Jacques
For: Voice + guitar

Composer
Alain Jacques
Year of composition
2002
Lyricist
Victor Hugo (1802-1885)
Publisher
The Gentle Way
Difficulty
Easy (Grades 1-3)
Duration
2 minutes
Genre
Other
License details
For anything not permitted by the above licence then you should contact the publisher first to obtain permission.

If I was the leaf rolled by The whirling wing of the wind, Or floating on running waters, And that we watch dreamingly;

I would give myself, still green, Breaking away from the branch, To the breeze which blows at dawn, To the brook coming from the west.

I would go to the daughter of the priest, The white-skin girl with black eyes, Who,during the day, sings at her window, And plays at her door in the evening.

At last, poor blown away leaf, I would, following my wishes, Land myself on her forehead, caught In the locks of her blond hair;

And there, on her leaning head, I would, even for a short moment, Be prouder than the white plume On the starry forehead of sultans!