By: Composed by arranged by Keith Terrett
For: Concert band / wind band
This music is in your basket
View basket
Loading... 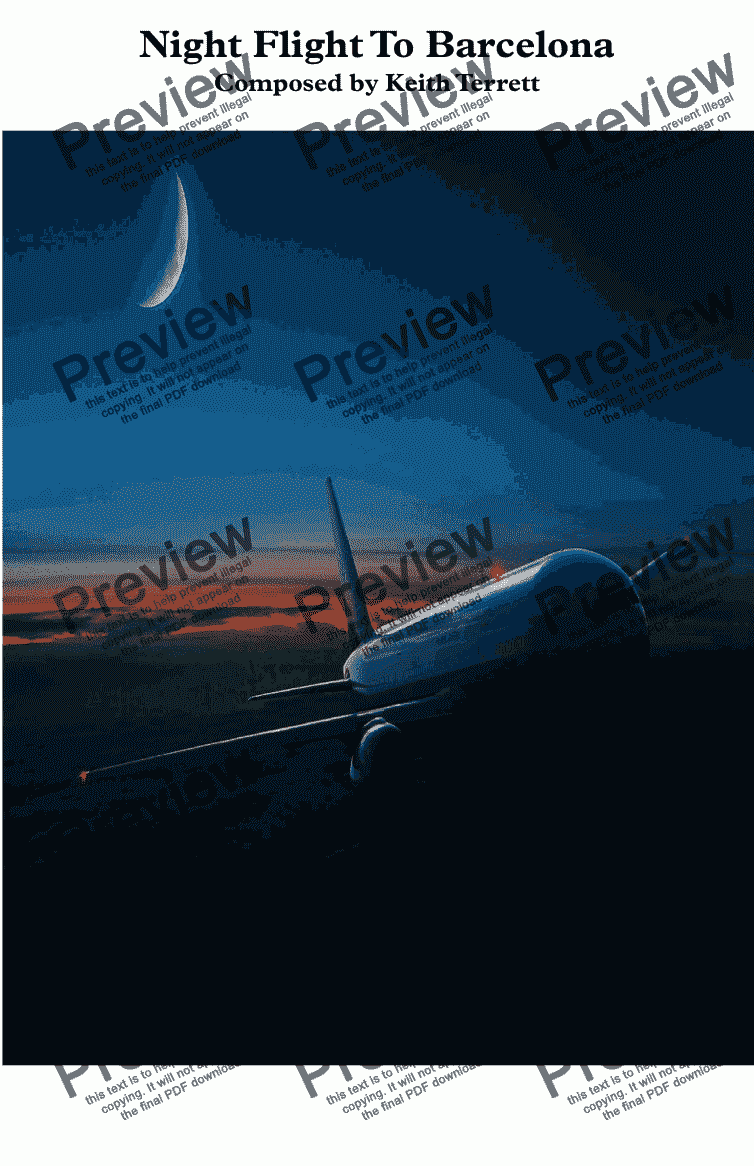 By: Composed by arranged by Keith Terrett
For: Concert band / wind band

Composer
Composed by arranged by Keith Terrett
Year of composition
2013
Publisher
Music for all Occasions
Difficulty
Moderate (Grades 4-6)
Duration
3 minutes
Genre
Latin music
License details
For anything not permitted by the above licence then you should contact the publisher first to obtain permission.

A new & exciting Paso Doble for Concert Band which hope to evoke a night flight to the Spanish city of Barcelona, entitled Night Flight to Barcelona !

The work was partly inspired by ''Night Flight to Madrid'', a favourite with Military Bands; composed by Kermit Leslie.

There are great parts for all your band members; and hopefully your players & audience will enjoy this piece.

Be the first band to record this work during your concert, and I will send you a free score and parts to any work in my store!

Paso Doble, or pasodoble, (literal meaning in Spanish: double-step) is a traditional dance from Spain march-like musical style as well as the corresponding dance style danced by a couple. It is the type of music typically played in bullfights during the bullfighters’ entrance to the ring (paseo) or during the passes (faena) just before the kill. It corresponds to the Paso doble dance (traditional and ballroom).

PasoDoble is a lively style of dance to the duple meter march-like paso doble music. It is modelled after the sound, drama, and movement of the Spanish and Portuguese bullfight.

Famous bullfighters have been honoured with paso doble tunes named after them. Other tunes have been inspired by patriotic motifs or local characters.