By: Arranged by Keith Terrett
For: Solo Trombone + piano
This music is in your basket
View basket
Loading... 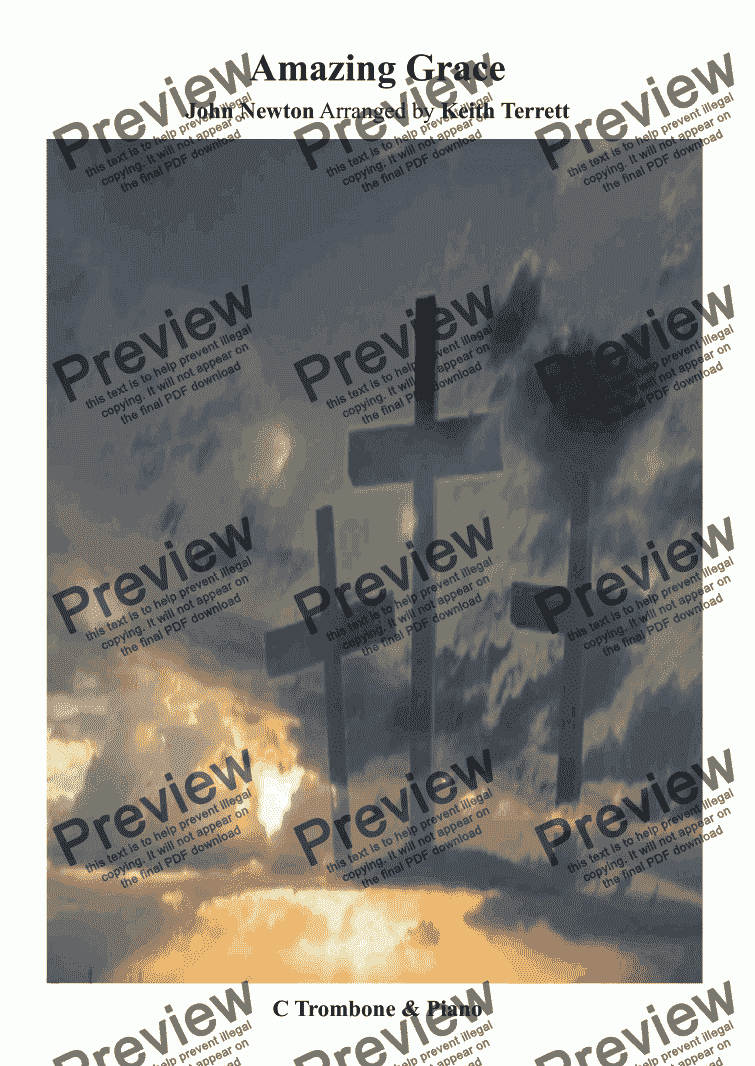 By: Arranged by Keith Terrett
For: Solo Trombone + piano

Composer
Arranged by Keith Terrett
Arranger
Keith Terrett
Year of arrangement
2006
Publisher
Music for all Occasions
Difficulty
Moderate (Grades 4-6)
Duration
4 minutes
Genre
Classical music
License details
For anything not permitted by the above licence then you should contact the publisher first to obtain permission.

Arranged for C Trombone/Baritone/Euphonium & Piano (BC), "Amazing Grace" is a Christian hymn published in 1779, with words written by the English poet and Anglican clergyman John Newton (1725–1807).

With the message that forgiveness and redemption are possible regardless of sins committed and that the soul can be delivered from despair through the mercy of God, "Amazing Grace" is one of the most recognisable songs in the English-speaking world. Author Gilbert Chase writes that it is "without a doubt the most famous of all the folk hymns", and Jonathan Aitken, a Newton biographer, estimates that it is performed about 10 million times annually. It has had particular influence in folk music, and has become an emblematic African American spiritual. Its universal message has been a significant factor in its crossover into secular music. "Amazing Grace" saw a resurgence in popularity in the U.S. during the 1960s and has been recorded thousands of times during and since the 20th century, occasionally appearing on popular music charts. ﻿

Reviews of Amazing Grace for C Trombone/Baritone/Euphonium & Piano (BC)