By: Henry Fillmore Arranged by Keith Terrett
For: Brass quintet
This music is in your basket
View basket
Loading... 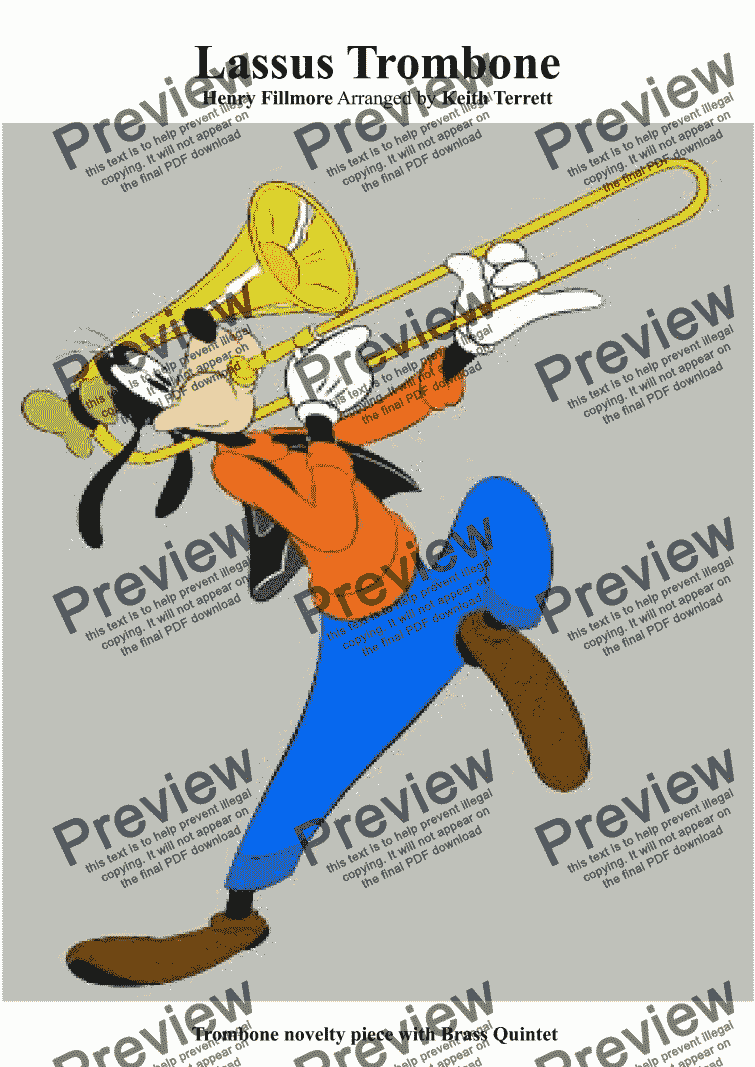 By: Henry Fillmore Arranged by Keith Terrett
For: Brass quintet

Composer
Henry Fillmore Arranged by Keith Terrett
Arranger
Keith Terrett
Year of arrangement
2011
Publisher
Music for all Occasions
Difficulty
Moderate (Grades 4-6)
Duration
2 minutes
Genre
Classical music
License details
For anything not permitted by the above licence then you should contact the publisher first to obtain permission.

An arrangement of Lassus Trombone for Brass Quintet, a great arrangement for your next performance!

When I was in the British Army with ''The Band of the Queen's Royal Irish Hussars''; this piece featured on most concerts, with the band's Principal Trombone Kevin Riley performing it brilliantly. Kevin has a store here on Score Exchange; check out his page for some great music.

Fillmore wrote over 250 pieces and arranged orchestrations for hundreds more. He published under a variety of pseudonyms, including Gus Beans, Harold Bennett, Ray Hall, Harry Hartley, Al Hayes, and Henrietta Moore. Only the name Will Huff caused any issues, as another Will Huff composed marches and resided in Fillmore’s state.

Fillmore gained fame as the "Father of the Trombone Smear’’, writing a series of 15 novelty tunes featuring trombone smears called "The Trombone Family". A number of these have a strong ragtime influence. All of Fillmore’s trombone rags are as follows:

Occasionally, as in "The Footlifter" credit, Fillmore wrote with the name Harold Bennett.