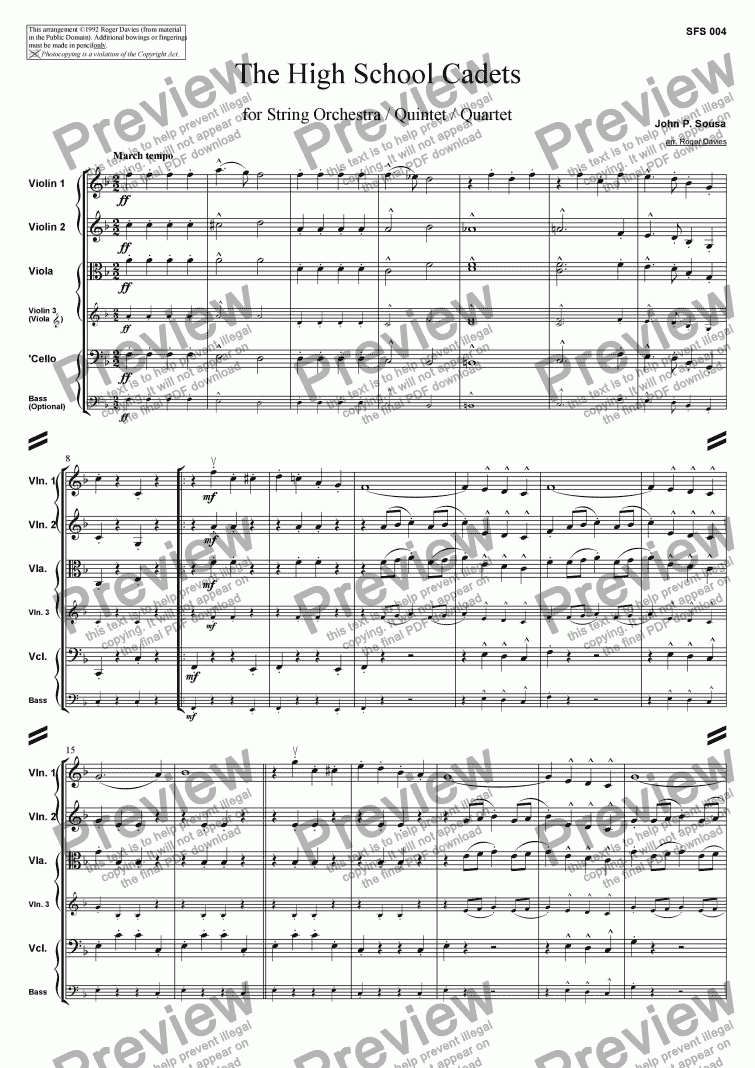 Composer
John P. Sousa
Year of composition
1890
Arranger
Glynn Davies
Difficulty
Moderate (Grades 4-6)
Duration
2 minutes
Genre
Classical music
License details
For anything not permitted by the above licence then you should contact the publisher first to obtain permission.

Reviews of The High School Cadets