The Stars And Stripes Forever 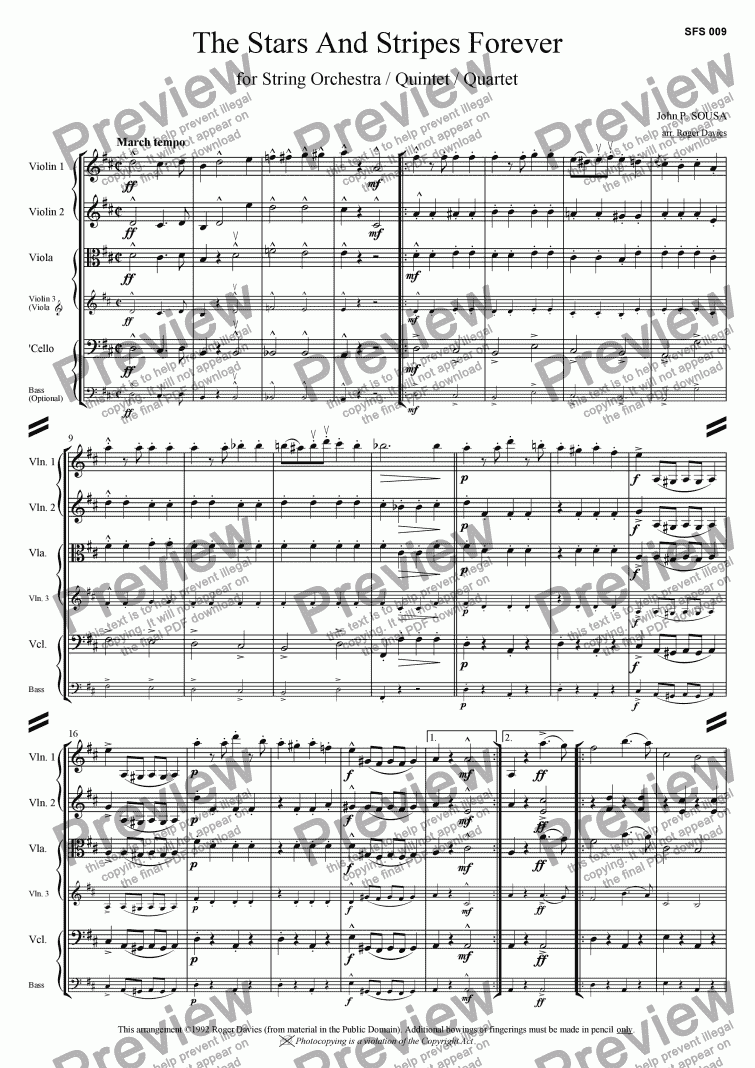 The Stars And Stripes Forever

Composer
John P. Sousa
Year of composition
1897
Arranger
Glynn Davies
Difficulty
Moderate (Grades 4-6)
Duration
3 minutes
Genre
Classical music
License details
For anything not permitted by the above licence then you should contact the publisher first to obtain permission.

Reviews of The Stars And Stripes Forever