Farewell my own true love (8 voices) 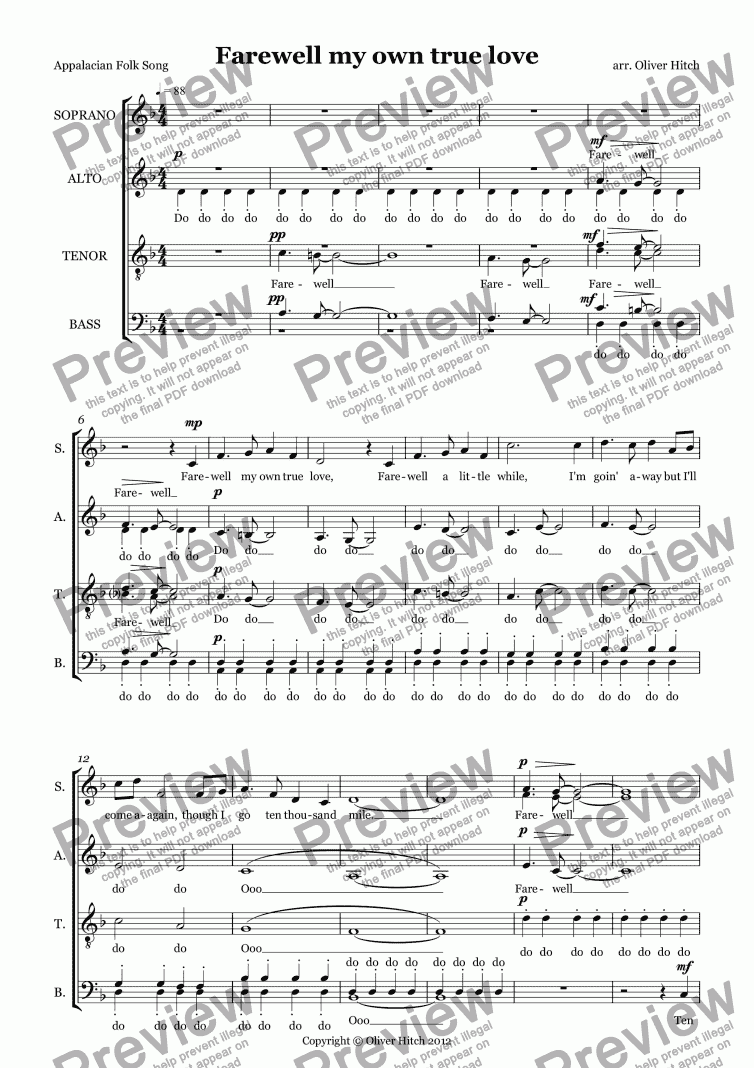 It is generally stated that this song is an Appalachian folk song, meaning that it was collected from singers in the Appalachian mountains in America, but is assumed to be English in origin. There are many different variants of the melody and some variants of the words. It is sometimes given the title "Ten thousand miles". I have included variants from three sources in this arrangement.

You may be interested to note that in every crotchet in the piece at least one part is singing a D!

This version is scored for eight voices - SSAATTBB. There is also an 7 voice (SSAATTB) version available.

The recording is only a rehearsal, and isn’t perfect!

In order to submit this score to ScoreExchange.com Oliver Hitch has declared that they own the copyright to this work in its entirety or that they have been granted permission from the copyright holder to use their work. If you believe that this score should be not available here because it infringes your or someone elses copyright, please report this score using the copyright abuse form.

Reviews of Farewell my own true love (8 voices)