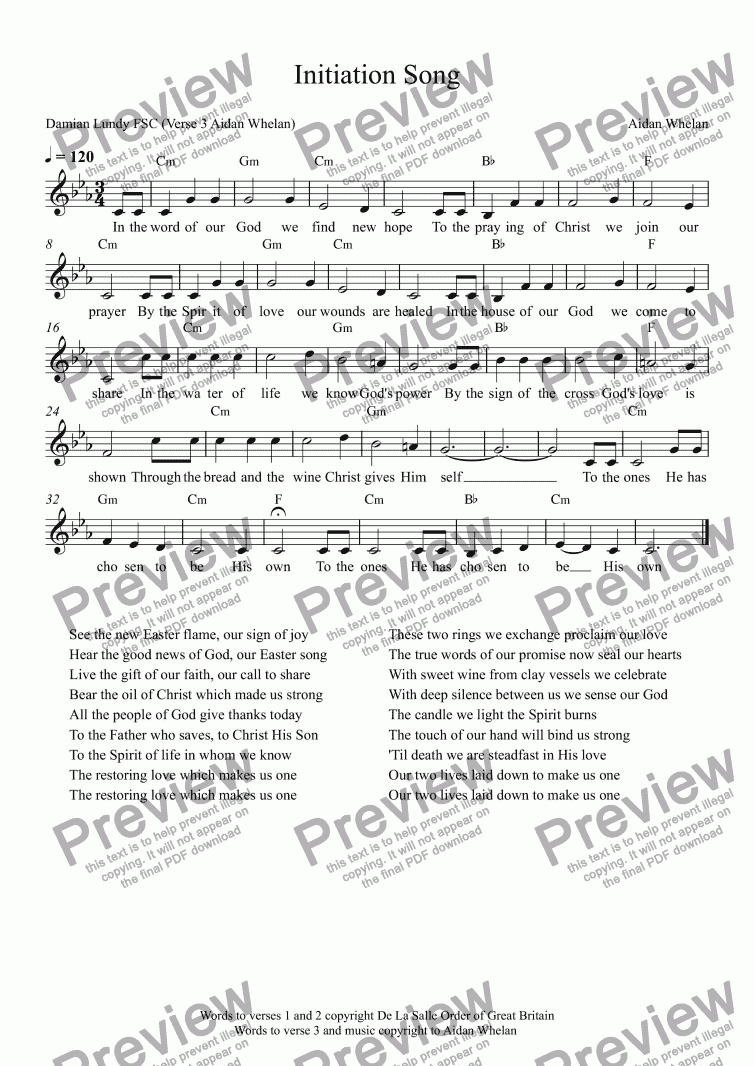 Damian Lundy FSC was the most prominent of English Roman Catholic hymn writers of the post Vatican Two era. Some of his songs, for example, Song for A Young Prophet, Walk in the Light, and This Then Is My Prayer, became known internationally.

Sadly, Damian Lundy died prematurely in 1997 at the age of 53. Among his papers was found the lyrics to a hymn entitled Initiation Song. Neither Damian nor his usual musical collaborators had ever set this piece to music.

As Damian had mentored me in hymn writing in the 1980s I decided to create accompanying music so his text may be sung in churches as intended. The melody is strong and simple in the manner of Damian’s other hymns. There is also a third verse for use in weddings.

The piece is suitable for baptisms, confirmations, weddings and Easter services.

Damian Lundy’s lyrics are used with the kind permission of the De La Salle Order of Great Britain, of which he was a member.

In order to submit this score to ScoreExchange.com Aidan Whelan has declared that they own the copyright to this work in its entirety or that they have been granted permission from the copyright holder to use their work. If you believe that this score should be not available here because it infringes your or someone elses copyright, please report this score using the copyright abuse form.