By: Composed Gerard Le Feuvre byArranged by Keith Terrett
For: Brass quintet
This music is in your basket
View basket
Loading... 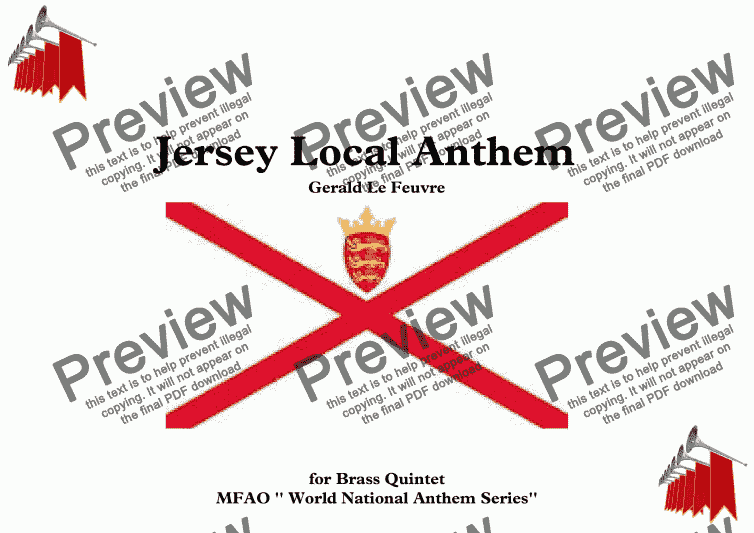 Composer
Composed Gerard Le Feuvre byArranged by Keith Terrett
Arranger
Keith Terrett
Publisher
Music for all Occasions
Difficulty
Easy (Grades 1-3)
Duration
60 minutes
Genre
World music
License details
For anything not permitted by the above licence then you should contact the publisher first to obtain permission.

The local anthem of Jersey arranged for Brass Quintet.

In 2007, the Jersey government started a search for a new local anthem, where one of separate identity, such as at the Commonwealth Games, is required. (As a British Crown Dependency, “God Save the Queen” is the official national anthem.) Both songs created by the public and traditional Jersey songs were considered. At a public concert the following spring, Gerard Le Feuvre’s “Island Home” was selected as the new anthem.

The anthem was apparently inspired by the sounds of Jersey wildlife (the opening three notes, if played two octaves lower, are apparently the lowing of a Jersey cow), Jersey poetry, and Jersey folk music, and was written independently of the contest, in 2002. Lyrics were written both in English and in Jèrriais, a version of the Norman language spoken on the island.