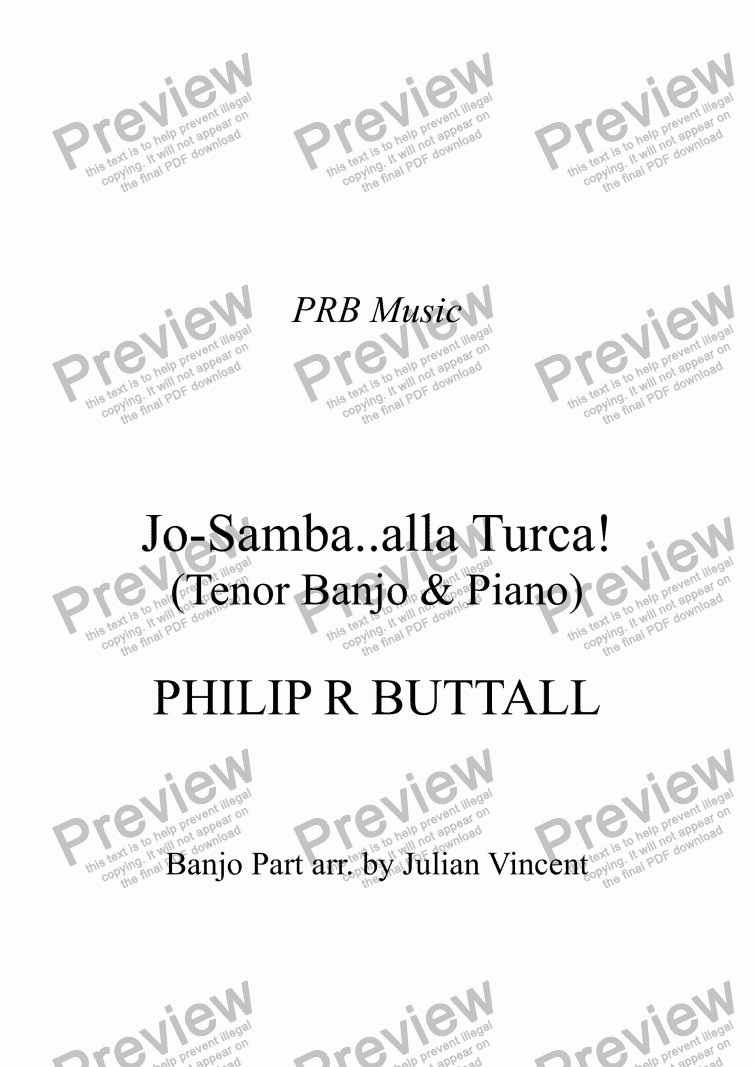 I’ve always said that one of the nicest things about Score Exchange and its predecessor, Sibelius Music, is the contact you make with all kinds of musicians around the world, asking for bespoke arrangements, or merely asking to play something somewhere. Often these initial enquiries develop into longer-standing associations.

A few days ago I was emailed - via Score Exchange from Julian Vincent, a name as then not known to me. Julian wrote: ’I heard your Samba . . . alla Turca! being played by a trio of bass balalaika, accordion and cimbalom in Vienna, just before Christmas. Very nice. I play the ’official’ [Mozart’s] version as a piano-banjo duet, which I arranged from the piano score.

The banjo is a tenor tuned the same as a viola (CGDA). Which of your arrangements would you recommend for this line-up? I might add that the pianist will be Keith Nichols (q.v.) [Keith is a Jazz pianist and Professor at the Royal Academy of Music]. I’m thinking of the piece for a concert in Harwich Electric Palace in June.’

A quick ’Google’ of Julian confirmed that he’s just not your average banjoist, but, in fact, an eminent academic, too!

John is, in fact, A Professor from the University of Bath, UK, in the field of Biomimetics - the study of biology to apply designs from nature to solve problems in engineering, materials science and medicine.

While engineer and biologist Professor Vincent once toyed with the idea of a musical career, he settled on science. Nevertheless he is also a noted musician and has been featured in Nature discussing the banjo and music.

John has been extremely helpful in collaborating to produce a part for Tenor Banjo - and one which hopefully will be heard in Harwich, later in the year!

Click here for a short video of Julian playing, taken while he was hosting a banjo festival at BRLSI (Bath Royal Literary and Scientific Institution), with some of Britain’s leading players.