By: Composed by إبراهيم الصولة (Ibrahim Nasir Al-Soula) Arranged Keith Terrett
For: Brass quintet
This music is in your basket
View basket
Loading... 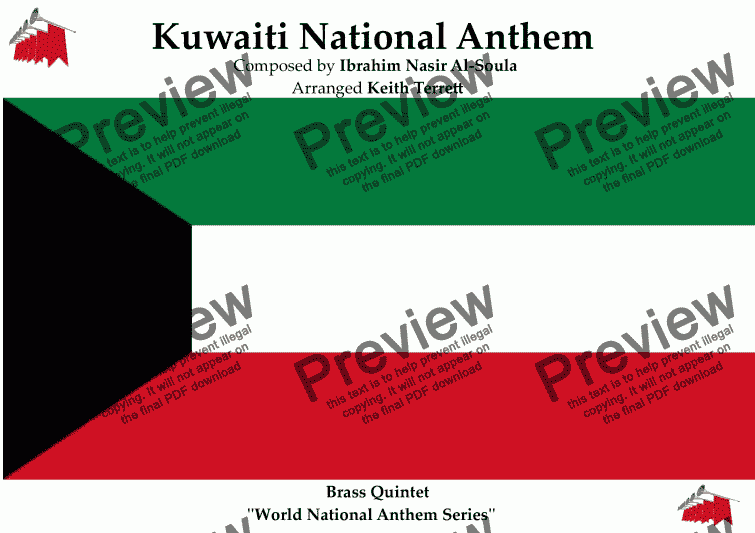 The national anthem of Kuwait arranged for Brass Quintet.

Rarely heard within Kuwait itself, Kuwait’s anthem, like Jordan‘s, has a formal full version of the anthem played on formal occasions, and a short version, which is simply the refrain of the full version. The “national salute” of Kuwait is shorter still, which consists of the first 6 measures of the anthem.

Before 1978 Amiri Salute was used. It was composed by Yusuf Adees in 1951. Now the salute is the first six bars of the national anthem.

The anthem is seldom used in Kuwait and is used primarily for special occasions. As such, many Kuwaitis do not use the national anthem.