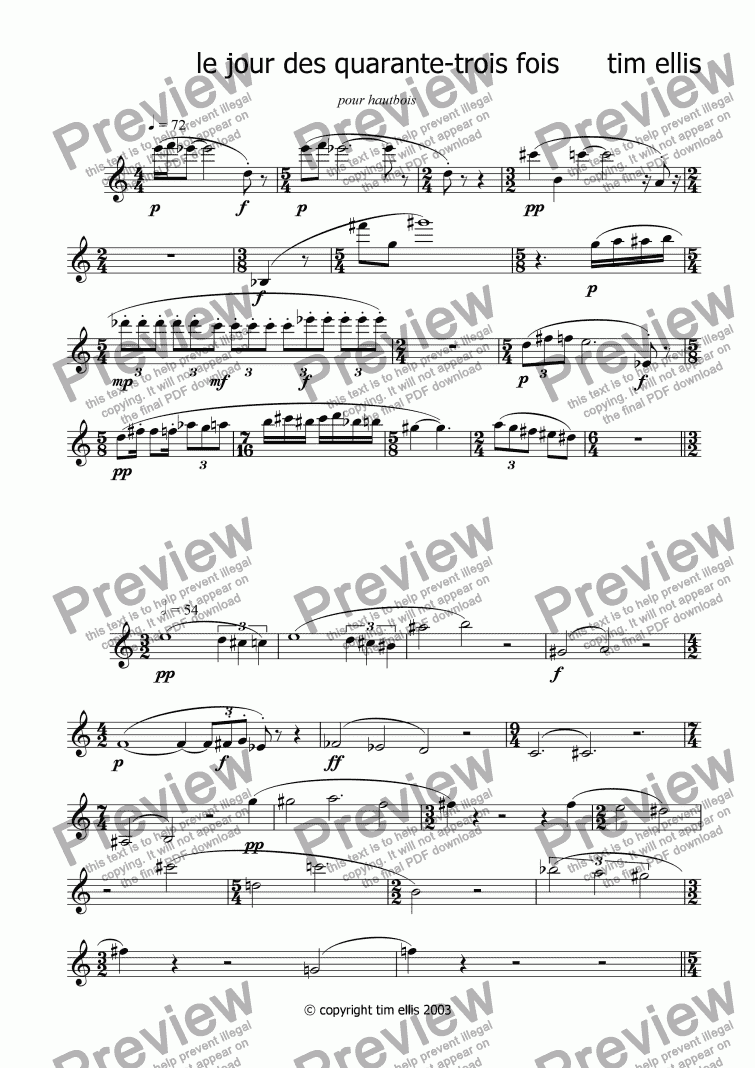 Le Petit Prince is one of the most beautiful books in all of literature. Like the ?Alice? stories it can be read by grown ups or by young people. The interpretation depends on the age of the reader or the young person within. While looking for a title for this piece the above quote came to mind. It suits the mood. I do not intend to portray the dialogue nor the sunsets through music. The music is my response to the silence of le petit prince.

The work is for solo oboe. It is a set of continual variations. Each motif can be considered as a sunset. Each variation contains one or more motifs or fragments which are either repeated or developed slightly. Each is different like a sunset is different.

The ?Theme? sets out the four versions of the note row from the matrix. The first variation is somewhat rhapsodic, the second more spiky, like the thorns on a rose. The third variation attempts melismas, not one of which is able to grow. The fourth variation is a development of the first. It contains the climax of the piece. The fifth and final variation is the opening theme slightly varied.

The pause between each movement is written out. The performer is free to make each pause longer or shorter in performance.

In order to submit this score to ScoreExchange.com tim ellis has declared that they own the copyright to this work in its entirety or that they have been granted permission from the copyright holder to use their work. If you believe that this score should be not available here because it infringes your or someone elses copyright, please report this score using the copyright abuse form.