By: Johnathan Wales (ASCAP)
For: Concert band / wind band
This music is in your basket
View basket
Loading... 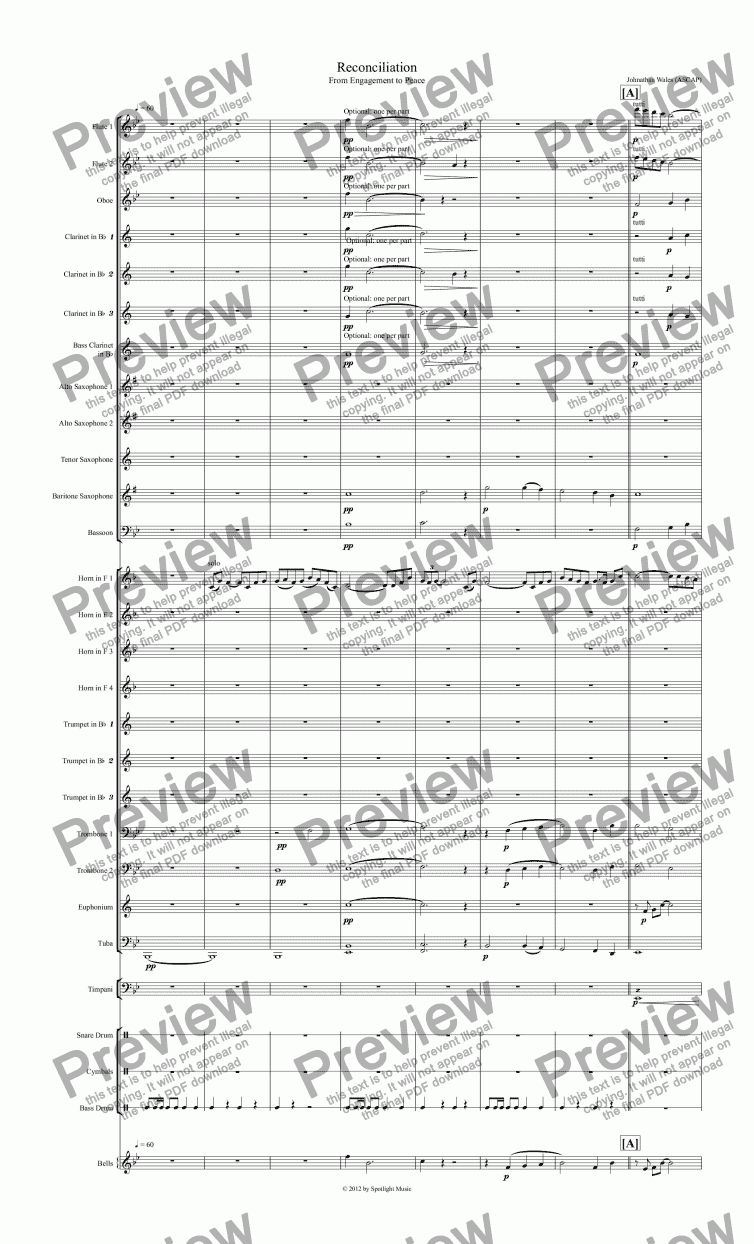 Composer
Johnathan Wales (ASCAP)
Year of composition
2012
Publisher
Spotlight Music
Difficulty
Easy (Grades 1-3)
Duration
5 minutes
Genre
Modern classical music
License details
For anything not permitted by the above licence then you should contact the publisher first to obtain permission.

In the early 1990’s I had the opportunity to visit the USS Arizona memorial in Pearl Harbor. This memorial showcases not only the scars of war, but also highlights the courage and dignity of the service men who lost their lives on that day December 7th 1941, 71 years ago,exactly from the date this was recorded.

While at the memorial I witnessed one of the most moving experiences in my life as I watch an aged wheelchair bound Japanese gentleman toss a small reef of flowers into the oil stained water with the assistance of a young child. I was not the only observer of this moment. As I looked up four navy sailors, in their dressed whites were saluting this gentleman.

While I was observing the sailors, I noticed that they were having a difficult time maintaining their composure, so I looked back and saw that the older Japanese gentleman had returned the salute, and in a copying fashion, so did the little girl.

As a saw this act of ultimate courage and dignity, I imagined the souls of all those who were lost in this historic event saluting in chorus, not only at the reconciliatory effort of the gentleman, but at the little girl, who in that moment became a symbol of our future.

A future of brotherhood and friendship across what was once considered enemy lines.

Sorry, there's no reviews of this score yet. Please .
In order to submit this score to ScoreExchange.com Johnathan Wales (ASCAP) has declared that they own the copyright to this work in its entirety or that they have been granted permission from the copyright holder to use their work. If you believe that this score should be not available here because it infringes your or someone elses copyright, please report this score using the copyright abuse form.