Jazz it up:When the Saint’s Go Marching In for Bb Soprano Saxophone & Piano

By: Traditional Arranged by Keith Terrett
For: Solo Soprano Saxophone + piano
This music is in your basket
View basket
Loading... 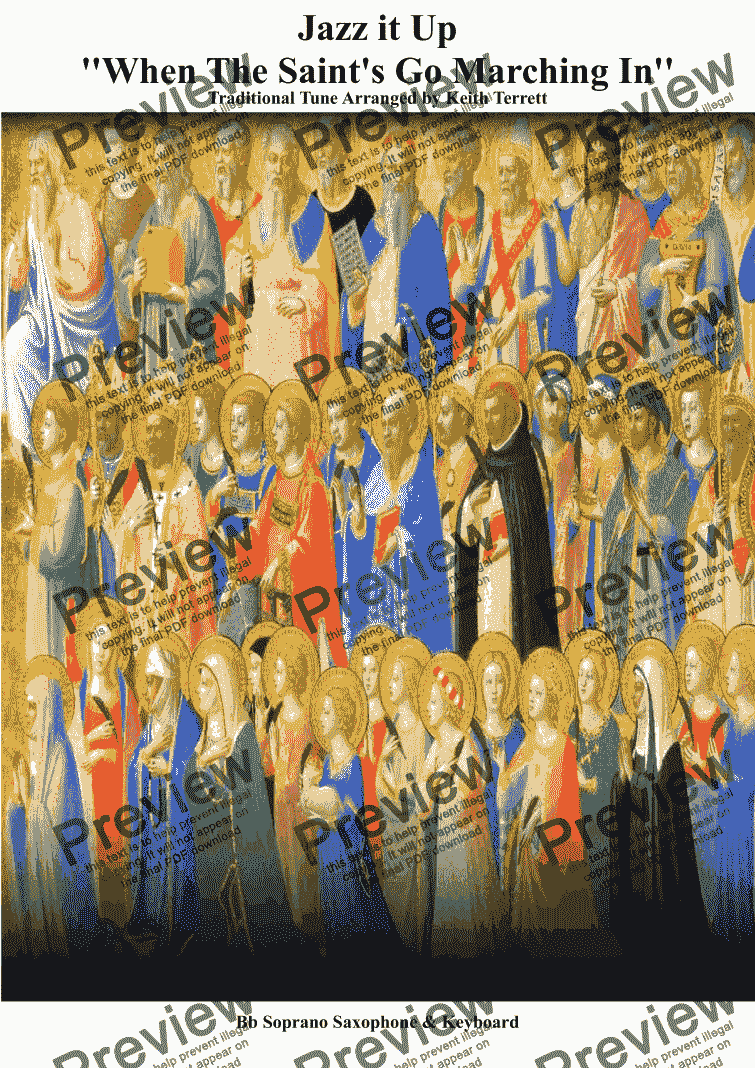 Jazz it up:When the Saint’s Go Marching In for Bb Soprano Saxophone & Piano

Composer
Traditional Arranged by Keith Terrett
Arranger
Keith Terrett
Publisher
Music for all Occasions
Difficulty
Easy (Grades 1-3)
Duration
1 minute
Genre
Jazz music
License details
For anything not permitted by the above licence then you should contact the publisher first to obtain permission.

An arrangement for Soprano Saxophone & Piano of When the Saints.

Reviews of Jazz it up:When the Saint’s Go Marching In for Bb Soprano Saxophone & Piano