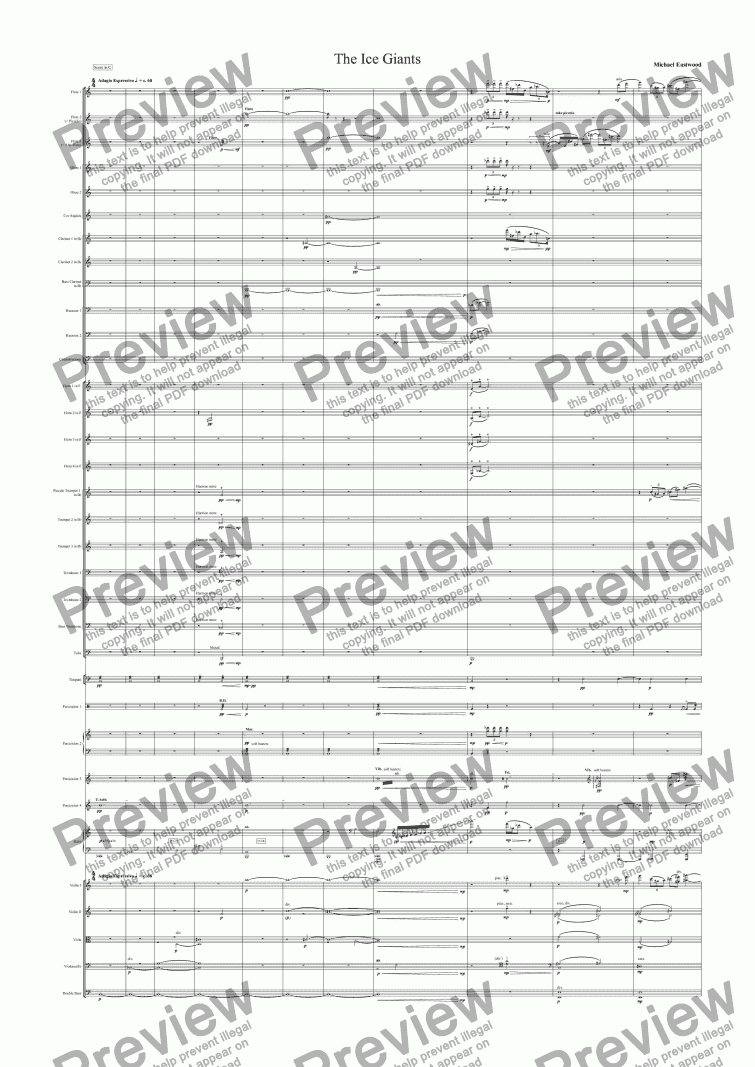 The title refers to the outermost planets of the solar system. The overall compositional device I used to construct this piece was a note row consisting of major 7ths and perfect 5ths (the opening material) gradually condensing semitone by semitone as the piece progresses. This enabled me to map out the harmonic scheme that the piece would follow before I began composing.

If you would like to listen to a live performance of this piece, please listen to the attached MP3 file. It is played by the Royal Academy of Music Symphony Orchestra directed by Dominic Muldowney. It is probably worth bearing in mind that the players hadn’t seen their parts beforehand and there was only just over haf-an-hour’s rehearsal, so there are points at which things aren't quite as they should be! Nevertheless, considering the lack of rehearsal time and practice, they did a fantastic job, giving a strong and enthusiastic performance.

In order to submit this score to ScoreExchange.com Michael Eastwood has declared that they own the copyright to this work in its entirety or that they have been granted permission from the copyright holder to use their work. If you believe that this score should be not available here because it infringes your or someone elses copyright, please report this score using the copyright abuse form.

Reviews of The Ice Giants