Come Back To Sorrento for Bb Soprano Saxophone & Piano

By: Ernesto De Curtis Arranged by Keith Terrett
For: Solo Soprano Saxophone + piano
This music is in your basket
View basket
Loading... 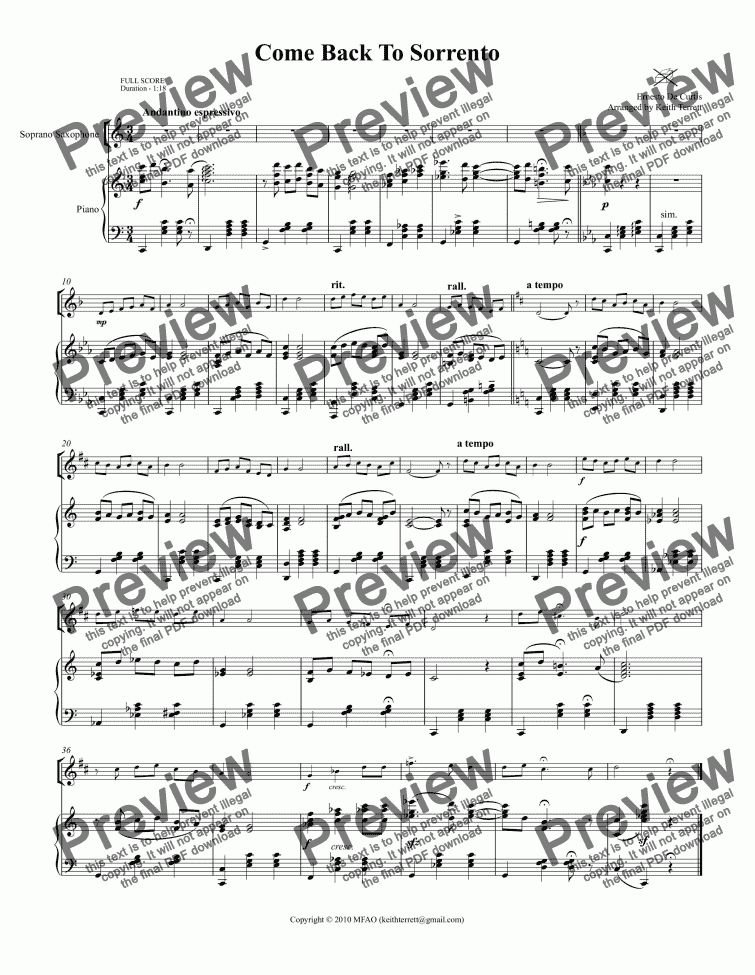 Come Back To Sorrento for Bb Soprano Saxophone & Piano

Come Back to Sorrento arranged for Bb Soprano Saxophone & Piano.

Ernesto De Curtis was an Italian composer. Born in Naples, the son of Giuseppe De Curtis and Elisabetta Minnon, he was a great-grandson of composer Saverio Mercadante and the brother of poet Giambattista .

Reviews of Come Back To Sorrento for Bb Soprano Saxophone & Piano