Sign in / Register
HomeInstrumentationsSolo instrument + pianoAllegro from the Trumpet Concerto in D arr. for Xylophone/Vibraphone & KB

Allegro from the Trumpet Concerto in D arr. for Xylophone/Vibraphone & KB 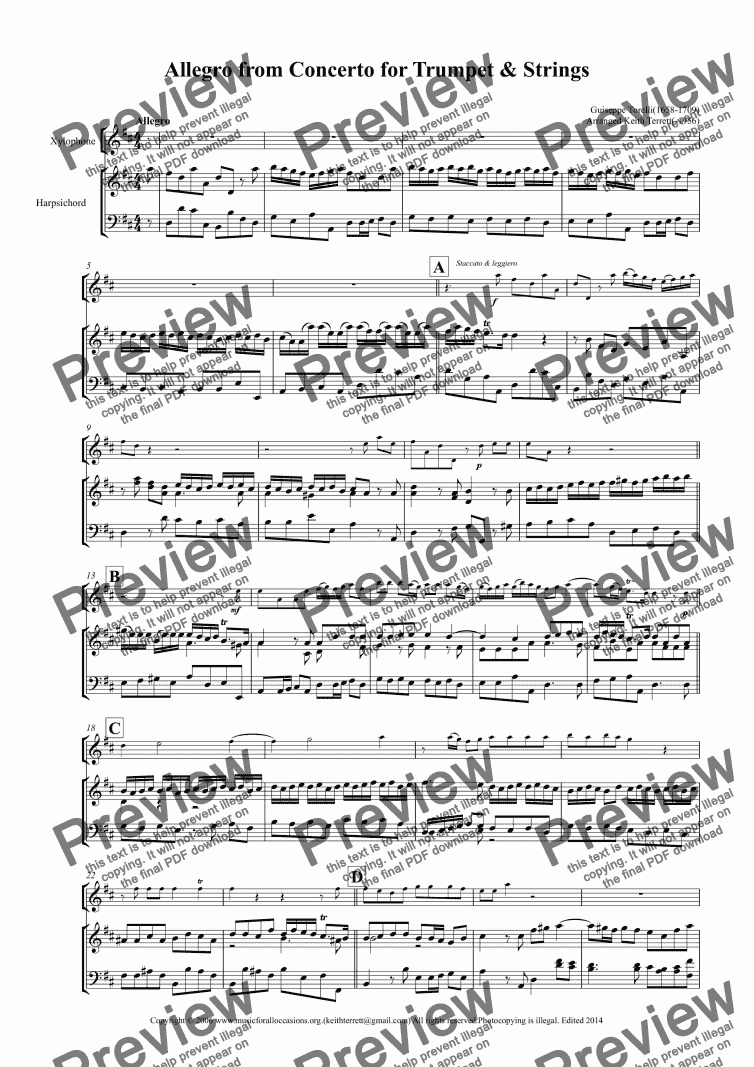 Allegro from the Trumpet Concerto in D arr. for Xylophone/Vibraphone & KB

Composer
Guiseppe Torelli(1658-1709) Arranged Keith Terrett(-1956)
Arranger
Keith Terrett
Publisher
Music for all Occasions
Difficulty
Moderate (Grades 4-6)
Duration
2 minutes
Genre
Classical music
License details
For anything not permitted by the above licence then you should contact the publisher first to obtain permission.

An arrangement for Tuned Percussion & KB, of Torelli’s Allegro from the Trumpet Concerto.

Great piece for your next performance.

Reviews of Allegro from the Trumpet Concerto in D arr. for Xylophone/Vibraphone & KB