Allegro from the Trumpet Concerto in D arr. for Bb Tenor Saxophone & KB

By: Guiseppe Torelli(1658-1709) Arranged Keith Terrett
For: Solo Tenor Saxophone + piano
This music is in your basket
View basket
Loading... 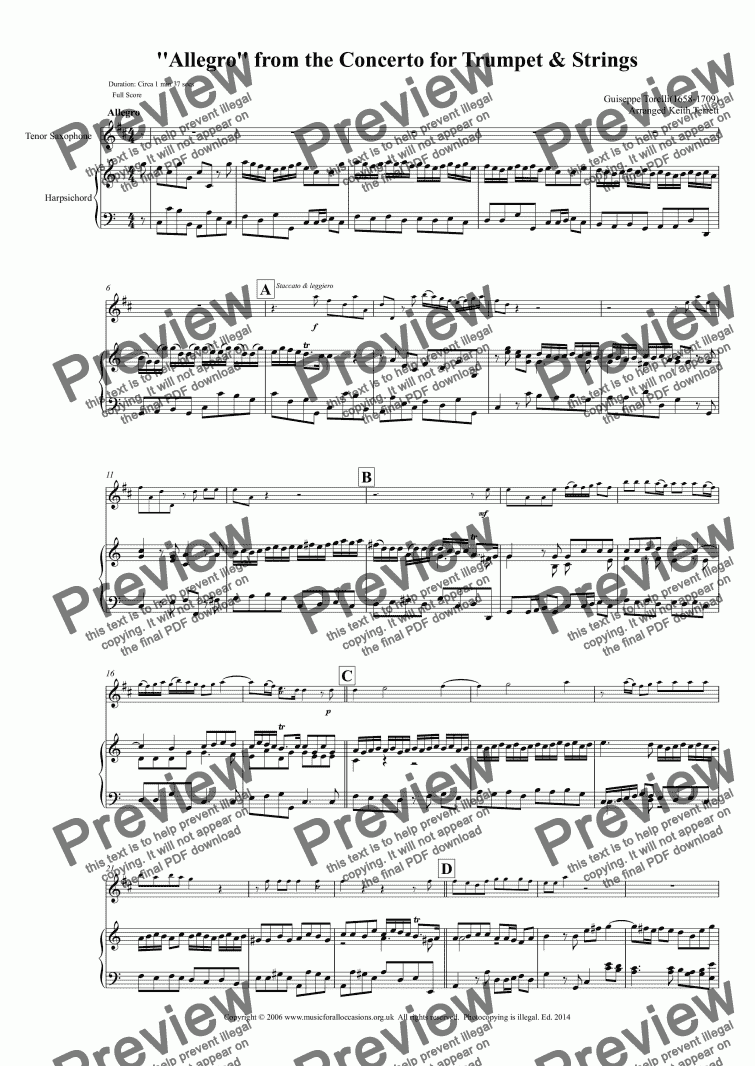 Allegro from the Trumpet Concerto in D arr. for Bb Tenor Saxophone & KB

Composer
Guiseppe Torelli(1658-1709) Arranged Keith Terrett
Arranger
Keith Terrett
Publisher
Music for all Occasions
Difficulty
Moderate (Grades 4-6)
Duration
2 minutes
Genre
Classical music
License details
For anything not permitted by the above licence then you should contact the publisher first to obtain permission.

An arrangement of the Allegro from Torelli’s Trumpet Concerto for Bb Tenor Saxophone & KB.

Reviews of Allegro from the Trumpet Concerto in D arr. for Bb Tenor Saxophone & KB