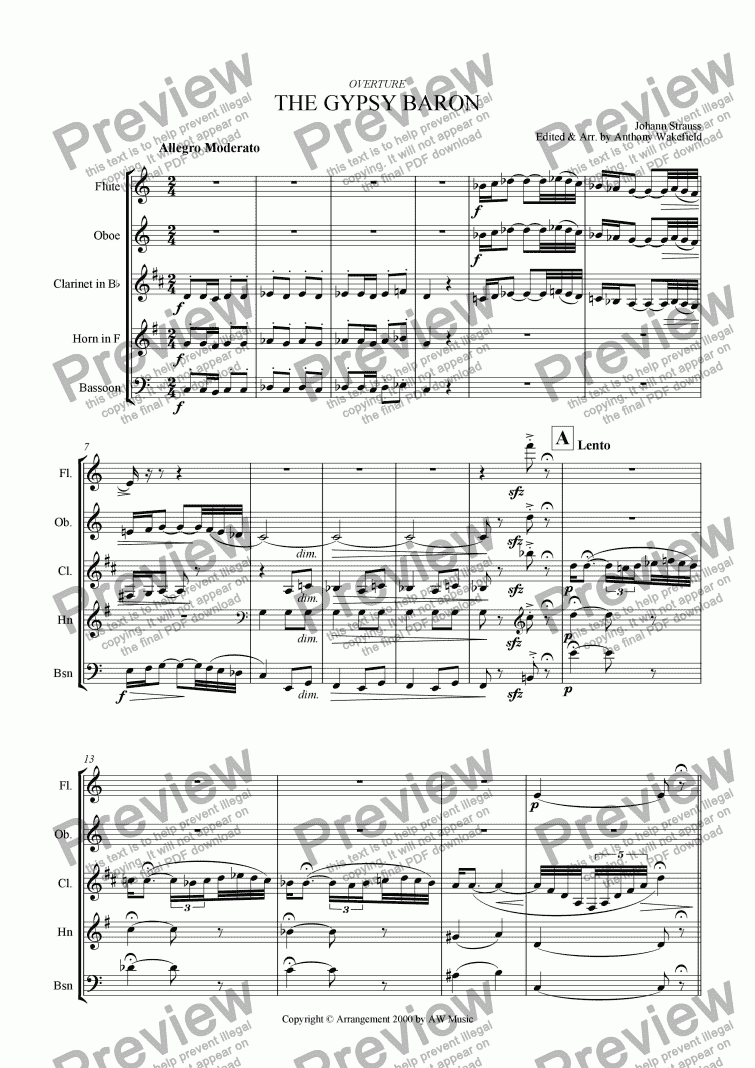 Arguably as tuneful as Strauss's Die Fledermaus, this arrangement gives all instruments a "work out" full of jollity, even going as far as to encourage bassoonists to take up the triangle. Flute requires piccolo.

Johann Strauss Jnr composed over 170 waltzes. In the beginning, Johann's father discouraged all his children from becoming musicians, and as we have observed, his plan didn't work. It was in the latter part of Johann's career when he composed 17 operettas; Die Fledermaus, (1874), and Der Zigeunerbaron, (1885) being the most successful. Johann was taken ill whilst working on Zigeunerbaron, suffering from, at 58 years, nicotine poisoning and fainting fits. Work was again interrupted when his third wife, Adele, was taken ill. They left for Ostend for Adele to recover. The Gypsy Baron was the first Viennese operetta set in Hungary, and whose main characters were Hungarians and Gypsies. Although this may have seemed like a bold political gesture at a time when many Viennese felt the influx of Hungarians into Vienna threatened the city's political and financial stability, the context in which Strauss and librettist Schnitzer frame their Hungarian characters, preserves the Austrian sense of 'superiority'.

In order to submit this score to ScoreExchange.com Tony Wakefield has declared that they own the copyright to this work in its entirety or that they have been granted permission from the copyright holder to use their work. If you believe that this score should be not available here because it infringes your or someone elses copyright, please report this score using the copyright abuse form. 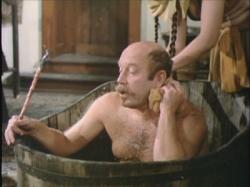 Reviews of Overture - The Gypsy Baron