Sign in / Register
HomeInstrumentationsVoice + keyboardThe Decade of the Nineteen Seventies: Expressed by a single Chord

The Decade of the Nineteen Seventies: Expressed by a single Chord 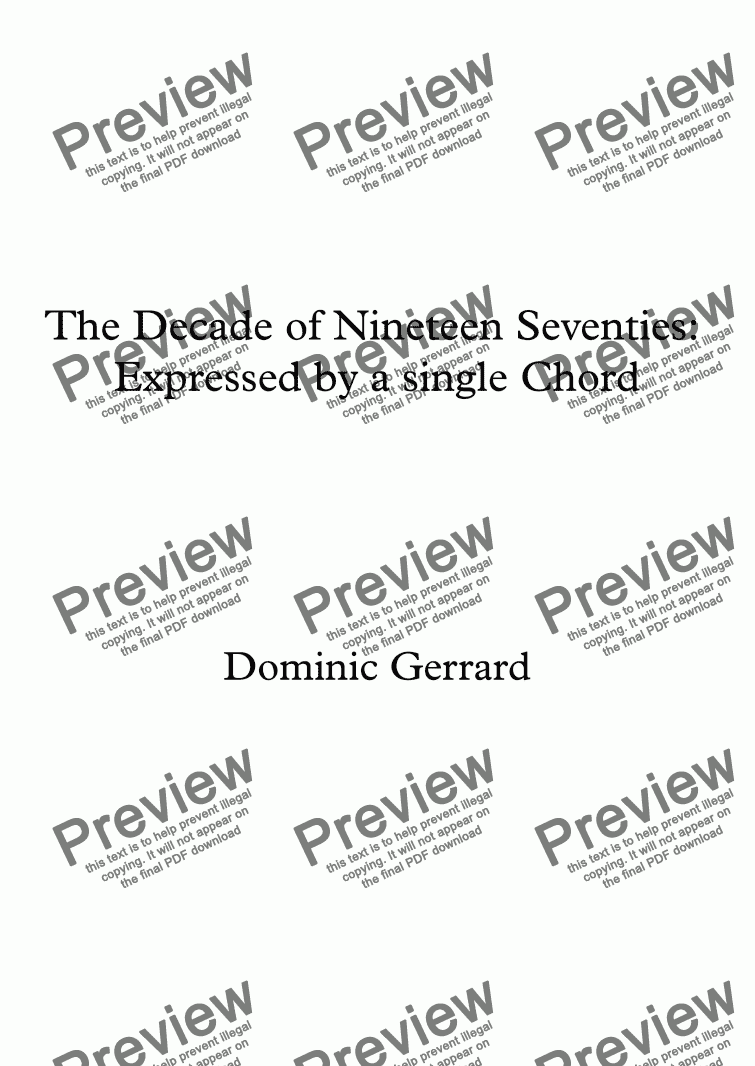 After years of careful consideration I have decided that the 1970s can be expressed by a single chord.

The Mu Major is a 'slash chord' where the bass notes are 'displaced': raised by a tone with the 2nd (or 9th) degrees of the major scale replacing the conventional role of the tonic (or root notes).

In pop music this chord came to prominence in the late 60's and was used to great effect by The Beatles, for example, in "The Long and Winding Road". It then became the staple of keyboard voicings far in to the 80's, until it was superseded by standard sus chords in the 90's.

In order to submit this score to ScoreExchange.com Dominic Gerrard has declared that they own the copyright to this work in its entirety or that they have been granted permission from the copyright holder to use their work. If you believe that this score should be not available here because it infringes your or someone elses copyright, please report this score using the copyright abuse form.

Reviews of The Decade of the Nineteen Seventies: Expressed by a single Chord