Those of you who watch the Eurovision Song Contest will recognise the theme from the opening Prelude, which for many years has been the signature tune for that competition. Arranged for French Horn & Organ by Keith Terrett - this instantly recognisable tune is ideal for processional and recessional music at weddings or other occasions requiring a stately theme. Although the original key is D or C Major this has been arranged in C Major making; it accessible in C Major making; it accessible to all players. 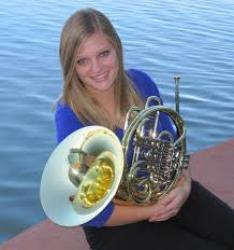