For all the Saints (Sine Nomine) for Clarinet Quintet

By: Ralph Vaughan Williams Arranged Keith Terrett
For: Clarinet choir
This music is in your basket
View basket
Loading... 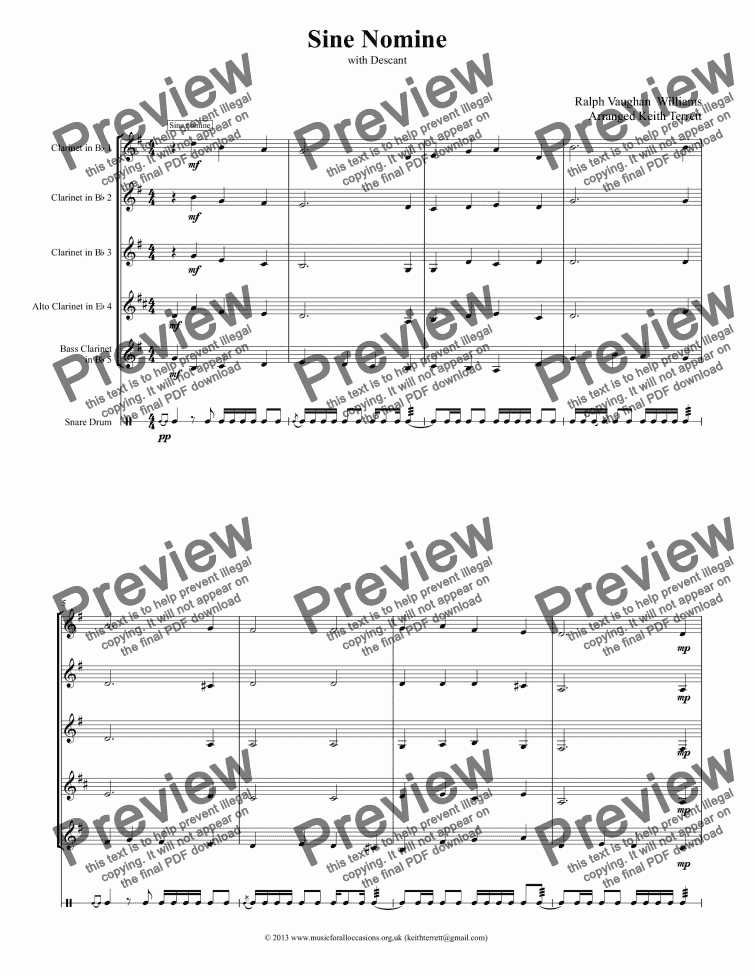 For all the Saints (Sine Nomine) for Clarinet Quintet

Composer
Ralph Vaughan Williams Arranged Keith Terrett
Arranger
Keith Terrett
Publisher
Music for all Occasions
Difficulty
Moderate (Grades 4-6)
Duration
2 minutes
Genre
Classical music
License details
For anything not permitted by the above licence then you should contact the publisher first to obtain permission.

An arrangement of For all the Saints (Sine Nomine) for Clarinet Choir.

The hymn was sung to the melody Sarum, by Victorian composer Joseph Barnby, until the publication of the English Hymnal in 1906. This hymnal used a new setting by Ralph Vaughan Williams which he called Sine Nomine (literally, "without name") in reference to its use on the Feast of All Saints, November 1, or the first Sunday in November, All Saints Sunday in the Lutheran Church. It has been described as "one of the finest hymn tunes of [the 20th] century."

Since the 1990s, some Presbyterian churches and groups affiliated with Reformed University Fellowship in the United States use a tune composed by Christopher Miner.

Sir Charles Villiers Stanford's tune Engleberg was also written to be partnered with this hymn, although in the wake of Sine nomine it never gained popularity and is now more commonly used with other hymns, including "When in our music God is glorified."

Reviews of For all the Saints (Sine Nomine) for Clarinet Quintet