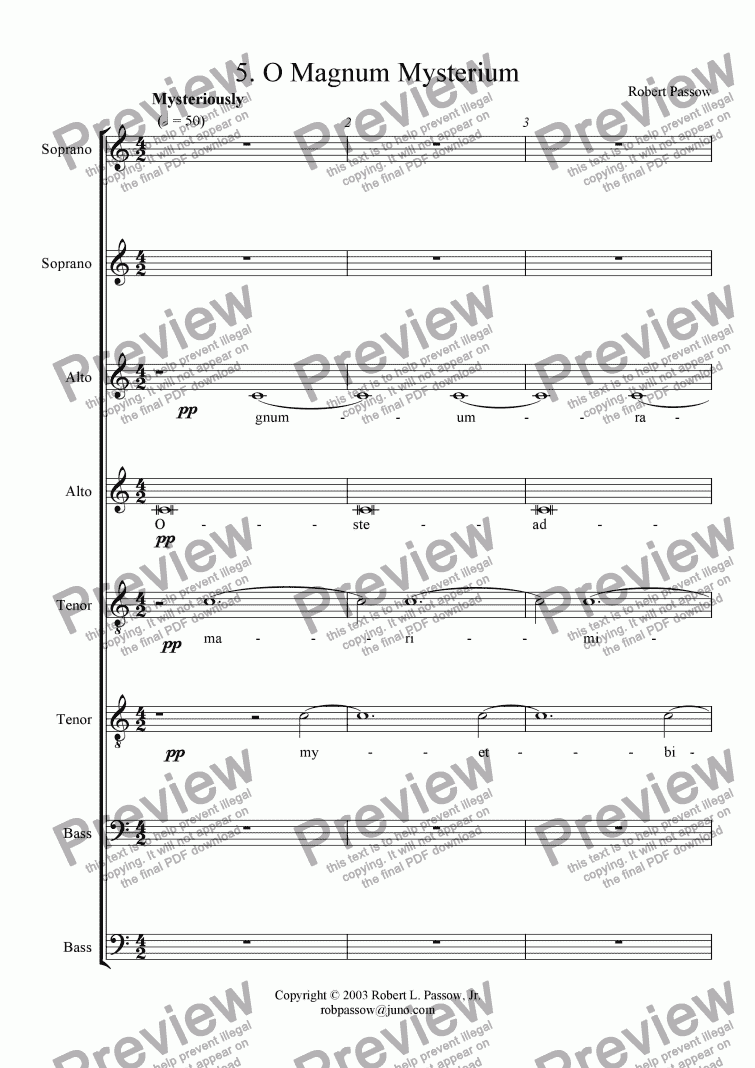 O Magnum Mysterium is the Fifth of Five Christmas Motets. It was premiered in December of 1998 by Circle Singers of Washington DC, for whom it was written. I have redistributed some of the vocal lines, and extended the Alleluia at the end. The mood of the piece is (surprise!) mystery. When I started to try to set this text(in about 1990) I was not sure where it was going to go. Around the time I got back to it and finished it up, I was rather under the influence of John Taverner and Frank Ferko (and maybe Penderecki's Stabat Mater). Linking the five motets is a motive which comes from this motet (the soprano/bass opening melody) which as cropped up in somewhat altered form in both Nolite Timere, and in a major key form in Pastores. Subconcious? Yes. Coincidence? I don't think so.

Oddly enough, Dr. Morse and the director of Circle Singers had the same idea about a double chorus. We went a step further and surrounded the audience for this and the previous motet. In spite of baby noises, the performance on this mp3 best captures the mystery I was hoping for.

In order to submit this score to ScoreExchange.com Robert Passow has declared that they own the copyright to this work in its entirety or that they have been granted permission from the copyright holder to use their work. If you believe that this score should be not available here because it infringes your or someone elses copyright, please report this score using the copyright abuse form.