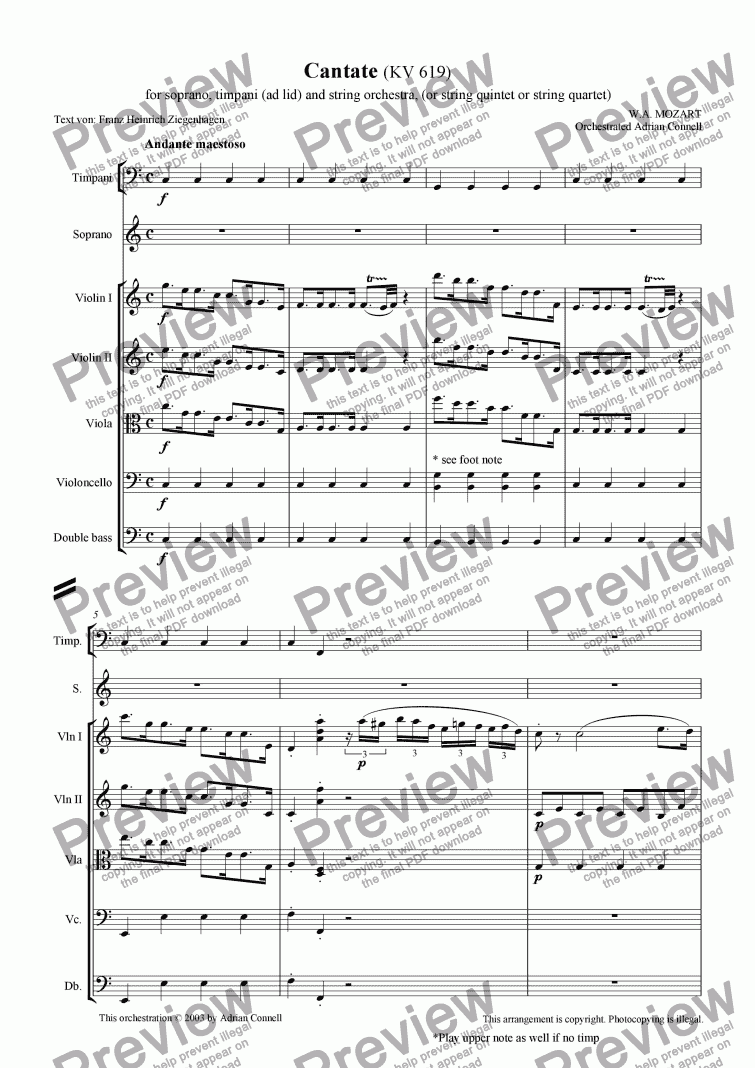 This "little German Cantata" was composed by Mozart in 1791. The text is by Franz Heinrich Ziegenhagen, an industrialist who wished to found a colony devoted to idealistic living, and was written as a supplement to his brochure. The words speak of pacifism, of universal brotherhood, with an oblique reference to naturism! All of which reflected the liberal philosophy of the time, with which Mozart would have come into contact as a member of a Viennese Masonic Lodge.

Originally composed for soprano and piano this work was orchestrated for strings in the early 1940’s but this arrangement is now believed lost during the bombing of Dresden. I made this arrangement for a concert given on 29 March 2003 at St George’s Church, Beckenham, Kent given by the Bromley Oecumenical Singers Concert Orchestra, soprano Julia Raeburn conducted by Richard Apsley. Although written with a string orchestra in mind it can be performed by either just string quintet or string quartet.

In order to submit this score to ScoreExchange.com Adrian Connell has declared that they own the copyright to this work in its entirety or that they have been granted permission from the copyright holder to use their work. If you believe that this score should be not available here because it infringes your or someone elses copyright, please report this score using the copyright abuse form.