Abdelazar or the Moor’s Revenge 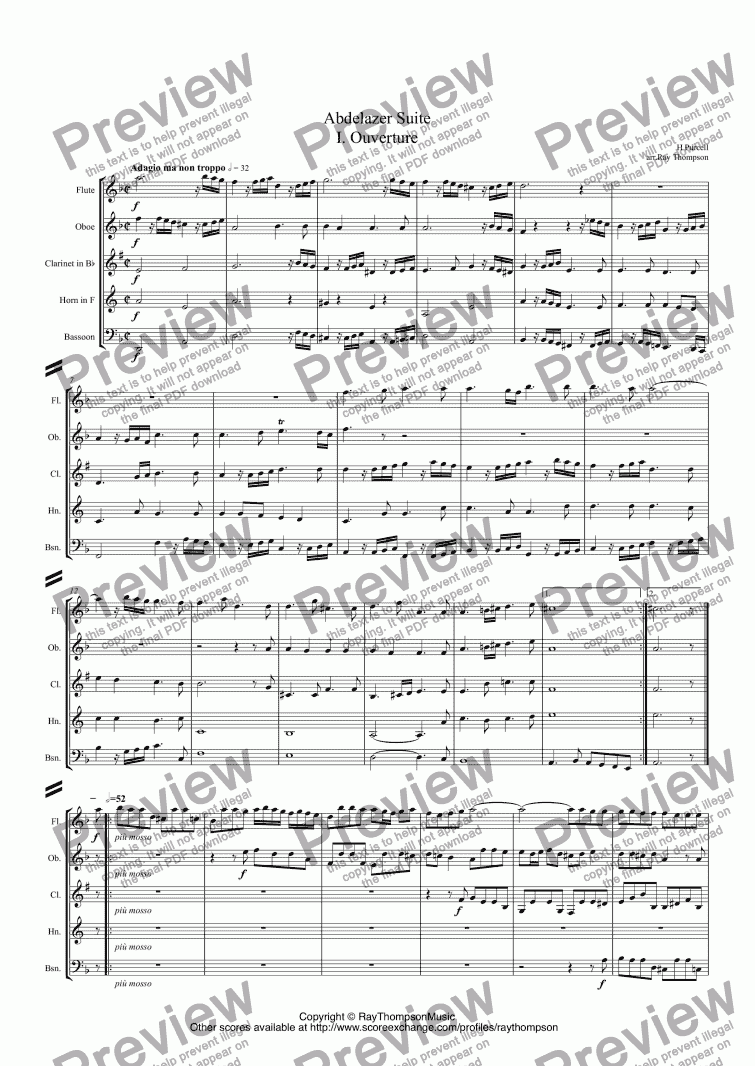 Abdelazer (also spelled Abdelazar) or The Moor’s Revenge is a 1676 play by Aphra Behn, an adaptation of the c. 1600 tragedy Lust’s Dominion.

The composer Henry Purcell wrote incidental music (Z 570) for a revival in the Summer of 1695, with movements:

I have arranged the first nine movements for wind quintet: The Rondeau (not the same as the 18th century rondo)was used by Benjamin Britten as the theme for his set of variations The Young Person’s Guide to the Orchestra (1946). It was also used as the theme of the television series The First Churchills (1969), as the intro song for Intellivision video game Thunder Castle (1986)] and may be heard as dancing music at the Netherfield ball in the 2005 production of Pride and Prejudice. The Britten arrangement is used as a recurrent motif in the 2012 film Moonrise Kingdom.

The Hornpipe from "Abdelazer" was so popular that it was published as "Hole in the Wall", and then issued as a single in the 18th century! This lovely dance tune was renamed in the sheet music with the appealing title of "St Martin’s Lane". It later passed into the country dancing tradition via the Playford Dancing Master, still with the dreadful title of "Hole in the Wall", under which name it’s played today. It’s been used in many period dramas, including "Becoming Jane" a film about Jane Austen’s early life.