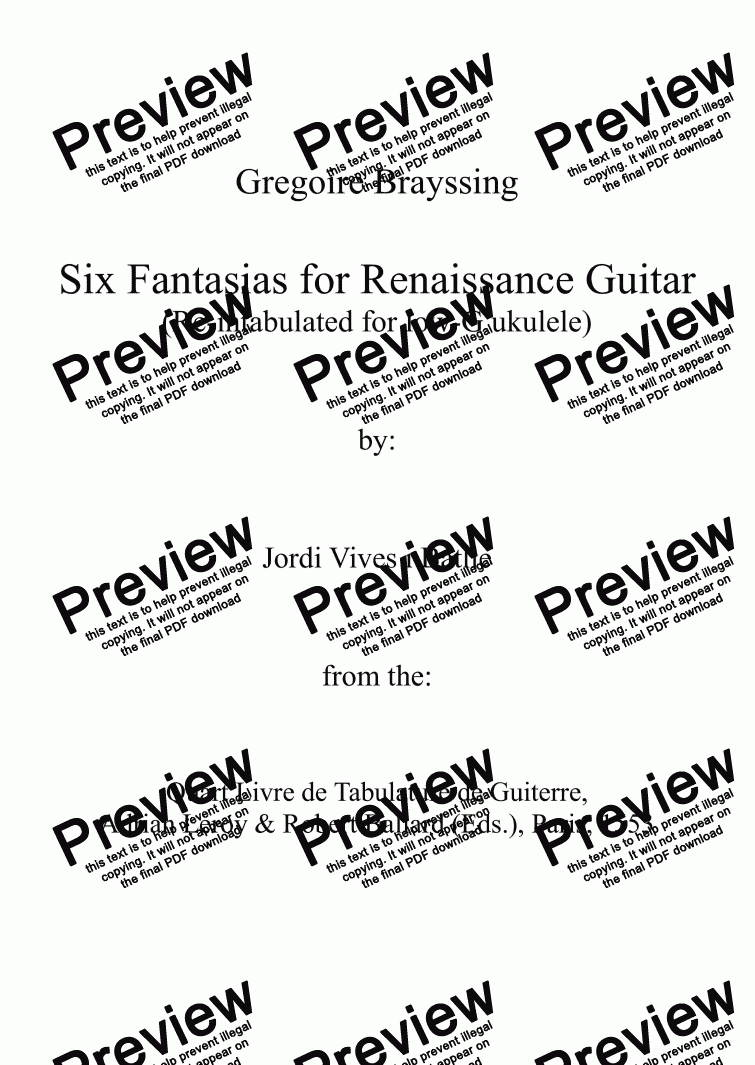 Although it is possible to play straight from the original edition, they are notated in French tablature and it is not so easy for those used to modern ukulele tab. There are several transcriptions around,but some have copying errors or even spurious additions. Hence, I have tried to make a transcription as close to the original as possible, which can be easily played by me and others on the uke. The music is just wonderful and deserves to be better known.