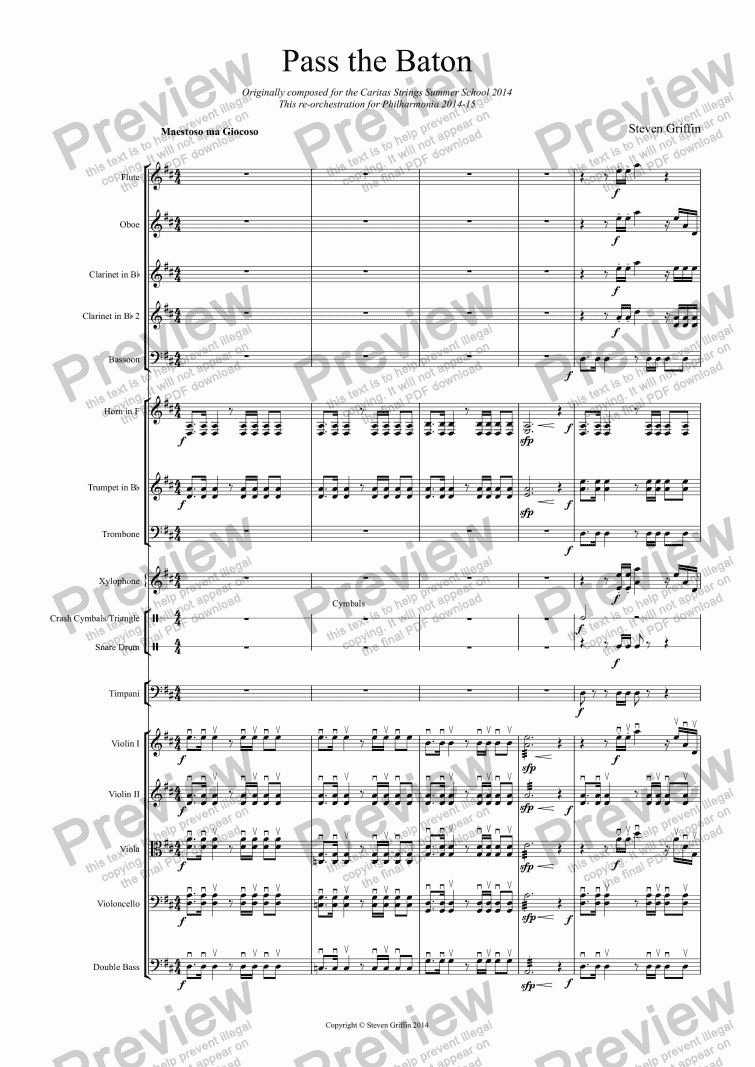 I was asked to write this piece for the Caritas Strings Summer School in 2014. The theme of the course was the Commonwealth Games, and I was asked to write something which sounded majestic and triumphant but also something that could be played by everyone who took part in the course. This was particularly tricky as some of the participants were nursery age children who had never played an instrument before and some were in their early teens and were around grade V ABRSM. I thought of something to link the Commonwealth Games with music and thought of the ’baton’ passed by relay runners and used by a conductor. Initially this idea was limited to the title and perhaps to a recurring theme being ’passed’ around the different instruments but, eventually, I thought it would be a bit of fun if members of the orchestra were literally passed the baton in the middle of a performance and that they conducted the others for a little while.

The piece was so successful that I was asked to prepare a full orchestra version for George Watson’s College Philharmonia, a groups whose standard of playing is roughly grade III - V. I adapted some parts to suit instruments and removed the most basic ’open string’ ideas to hopefully provide something challenging yet achievable for a school orchestra. Follow the link at the top of the note to watch a performance. Scroll forward a little to avoid listening to me speaking to the audience and teaching them to conduct… 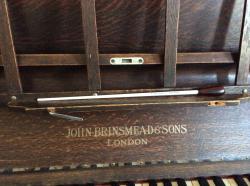