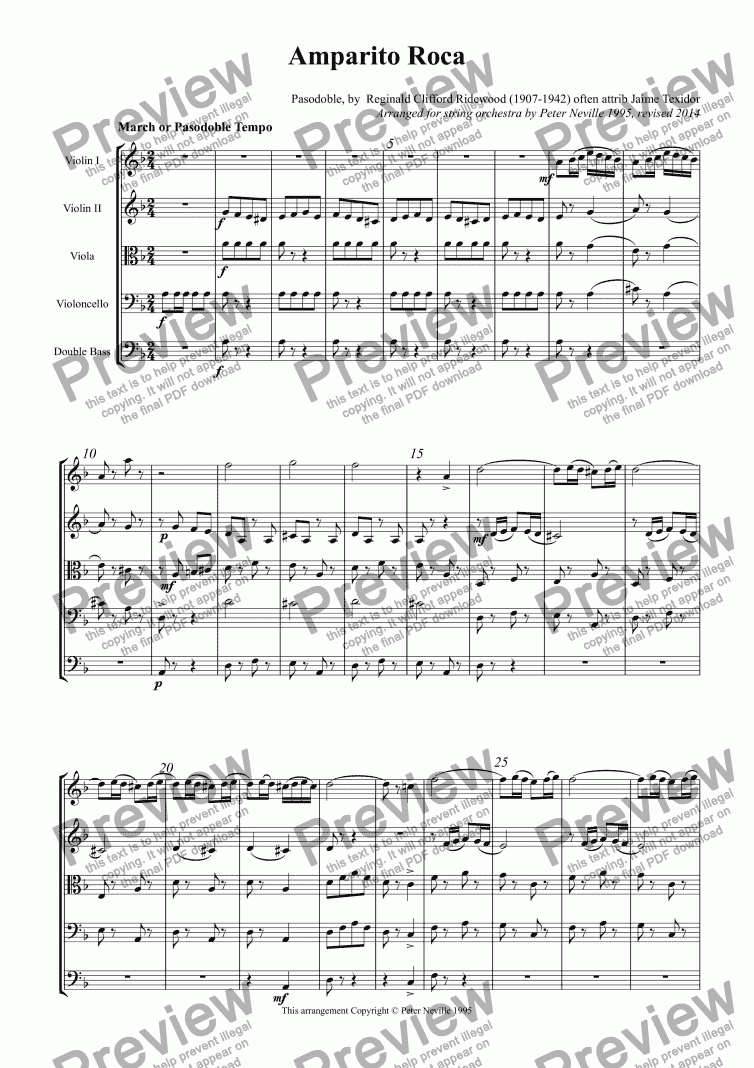 “Amparito Roca” is a fine Spanish paso doble (2-step), or can be played to good effect as a march, and is offered here in an arrangement for string quartet. It is suited to a wide variety of occasions such as weddings and celebrations.

“Amparito Roca” is widely attributed to Jaime Texidor (1885-1957), and his name is quoted here to conform to the normal expectations of those seeking this piece, and to reassure them they have found it correctly.

However, the true composer was likely to have been Reginald Clifford Ridewood (1907-1942), who was a British Army band conductor and subtitled the piece “The Sheltered Cliff” (presumably Gibraltar, where he had been stationed). His widow recalls his confirming he was the composer, but, as an Army man, he would have made no formal claim to ownership because it would automatically have been crown property.

Meanwhile, Jaime Texidor re-scored and re-issued the piece, giving it wide popularity, hence the association of his name with it.

In order to submit this score to ScoreExchange.com Peter Neville has declared that they own the copyright to this work in its entirety or that they have been granted permission from the copyright holder to use their work. If you believe that this score should be not available here because it infringes your or someone elses copyright, please report this score using the copyright abuse form.