From The Movie "Despicable Me 2" 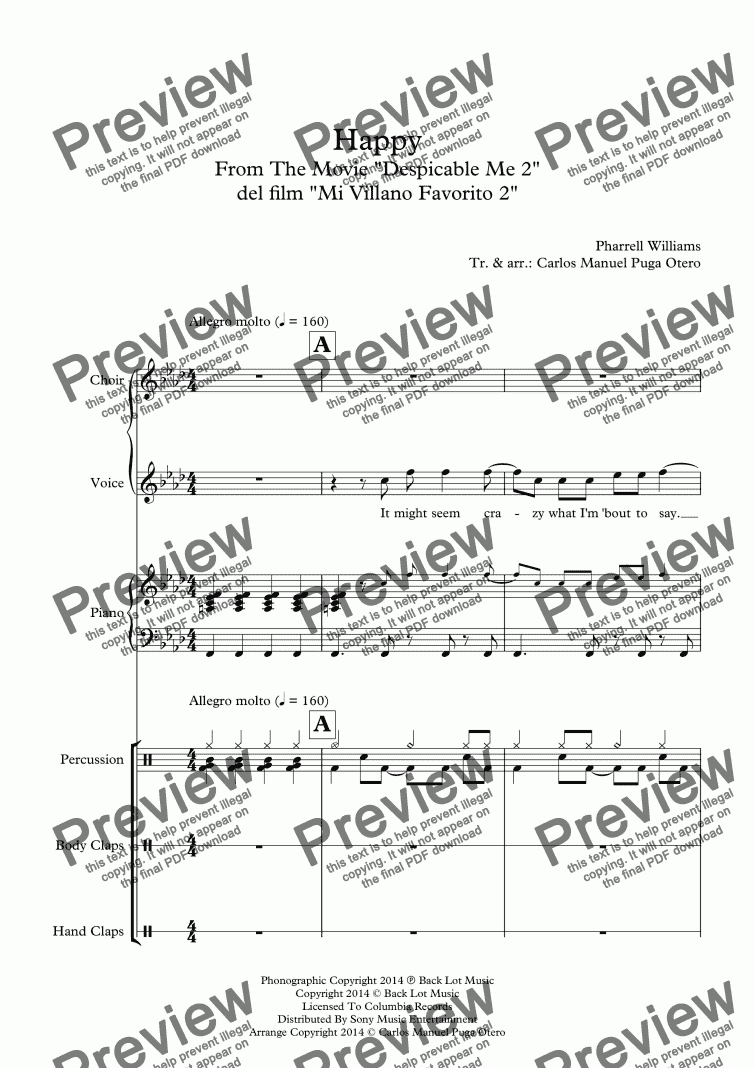 From Wikipedia, the free encyclopedia

"Happy" is a song written, produced, and performed by American singer and producer Pharrell Williams from the Despicable Me 2 soundtrack album. It also served as the lead single from Williams’ second studio album, Girl (2014). It was first released on November 21, 2013, alongside a long-form music video. The song was reissued on December 16, 2013, by Back Lot Music under exclusive license to Columbia Records, a division of Sony Music.[1]

"Happy" is a midtempo soul song on which Williams’ falsetto voice has been compared to Curtis Mayfield by critics. The song has been highly successful, peaking at number one in the United States, United Kingdom, Canada, Ireland, New Zealand, and 19 other countries. It has sold over 5.6 million copies in the United States[3][4] and over 1.65 million copies in the United Kingdom,[5] and has reached number one in the latter on a record three separate occasions. With worldwide sales of 10 million copies,[6] it has become one of the best-selling singles of all time. It was nominated for an Academy Award for Best Original Song but lost to "Let It Go" from Frozen.

The music video for the song was nominated for Best Male Video and Video of the Year at the 2014 MTV Video Music Awards.

In order to submit this score to ScoreExchange.com Carlos Manuel Puga Otero has declared that they own the copyright to this work in its entirety or that they have been granted permission from the copyright holder to use their work. If you believe that this score should be not available here because it infringes your or someone elses copyright, please report this score using the copyright abuse form. 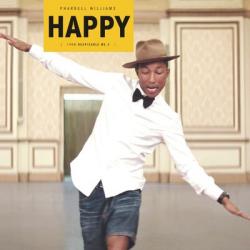