No. 7. MADRIGAL from "Tom Jones" - Orchestra 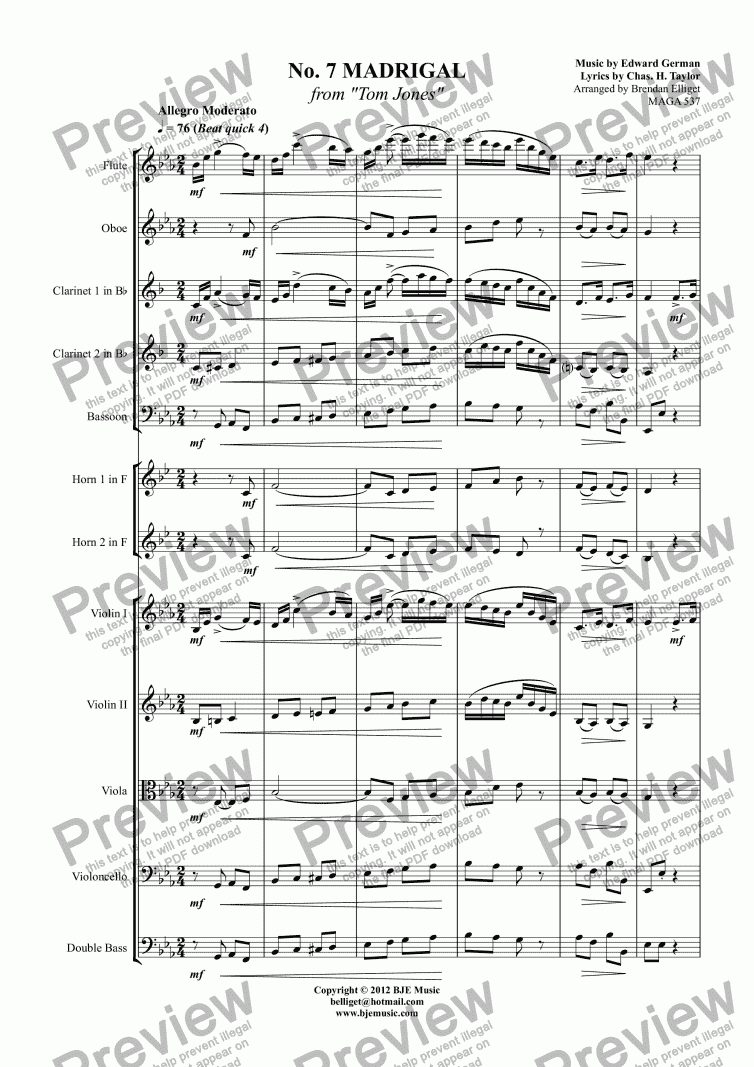 Sir Edward German (17 February 1862 – 11 November 1936) was an English musician and composer of Welsh descent, best remembered for his extensive output of incidental music for the stage and as a successor to Arthur Sullivan in the field of English comic opera.

Tom Jones is a comic opera in three acts by Edward German founded upon Henry Fielding’s 1749 novel, The History of Tom Jones, a Foundling, with a libretto by Robert Courtneidge and Alexander M. Thompson and lyrics by Charles H. Taylor. After a run in Manchester, England, the Opera opened in London at the Apollo Theatre on 17 April 1907 for an initial run of 110 performances. It starred Ruth Vincent as Sophia and Hayden Coffin as Tom Jones. The piece also had a provincial tour and a popular Broadway run in 1907. It then disappeared from the professional repertory but eventually became very popular with amateur groups. [Wikipedia]

Expanded here from strings to orchestra (no percussion) 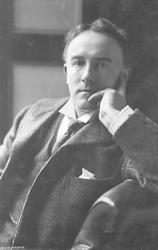 Reviews of No. 7. MADRIGAL from "Tom Jones" - Orchestra