By: Kenneth J Alford
For: Saxophone quartet
This music is in your basket
View basket
Loading... 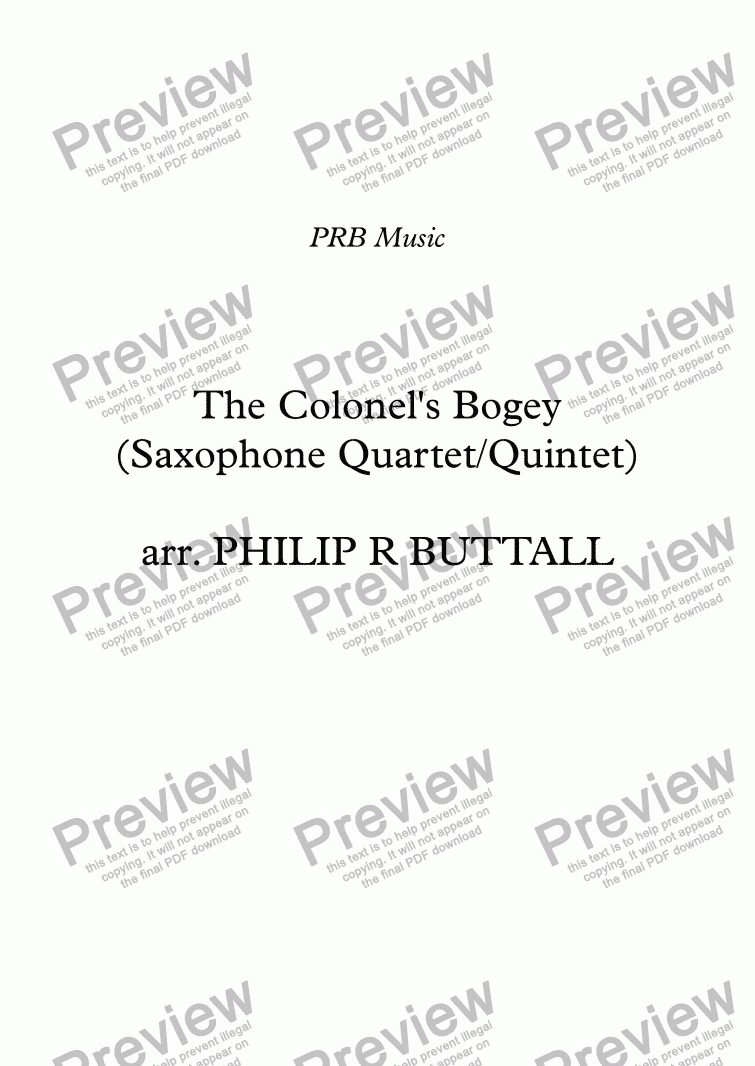 I have kept essentially to Alford’s original, but, just to spice things up a little (hopefully!), I have not only found that the main theme can fit at other places in the piece, but I also couldn’t resist the urge just to give particularly the Tenor Sax something different to play at times - and especially something which kind of links Alford with his American counterpart, Sousa, just near the end.

As before, it is basically scored as a Saxophone Quartet (Soprano - Alto - Tenor - Baritone), and is self-sufficient as such. However, for those who have a fifth player available, I had added an optional second Alto Sax part, which turns it into a Sax Quintet - the associated MP3 is of the ’quintet’ version.