By: Philip R Buttall
For: Solo Solo Violin + piano
This music is in your basket
View basket
Loading... 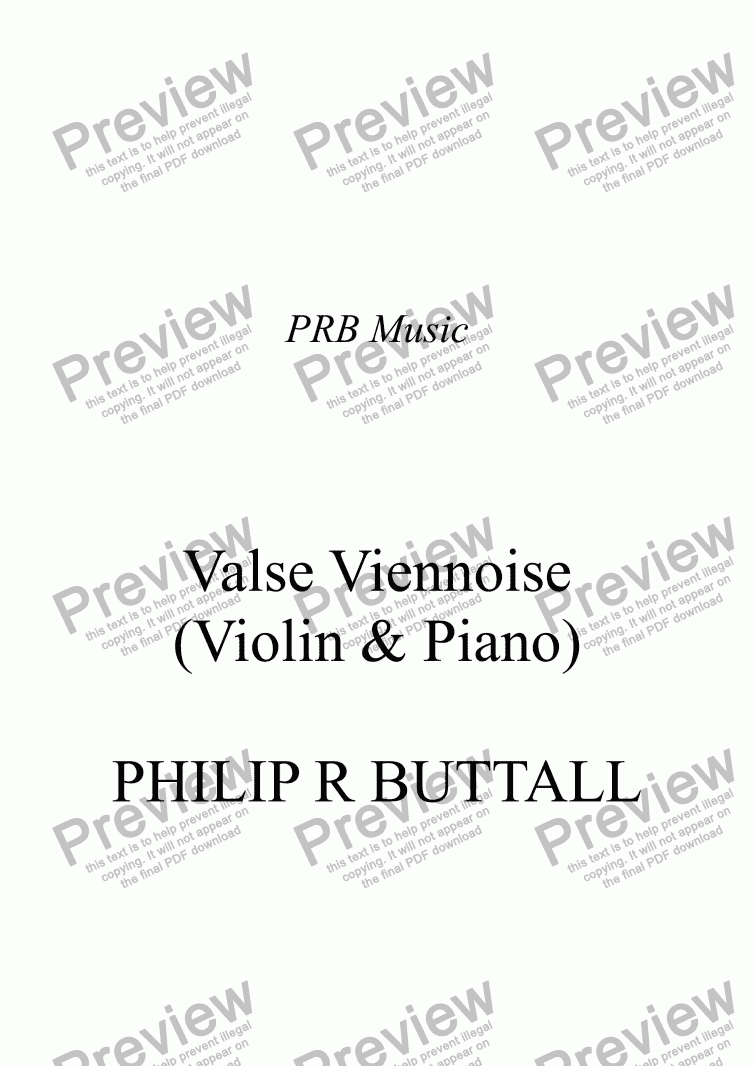 Composer
Philip R Buttall
Year of composition
1962
Lyricist
none
Publisher
PRB Music
Difficulty
Difficult (Grades 7+)
Duration
2 minutes
Genre
Classical music
License details
For anything not permitted by the above licence then you should contact the publisher first to obtain permission.

The Valse Viennoise dates originally from 1962, and was first written for piano solo. This was then re-arranged for violin and piano in 2000, and dedicated to Reginald Robins’s Kortne Hungarian Orchestra, who gave many Cafe Continental Concerts in the Plymouth area back in the sixties, and at which my parents and I were often guest soloists. It is cast in the style of a Fritz Kreisler Waltz, and would make an excellent short encore!

For its first public performance in May 2003, when it was played by top violinist, Peter Fisher, as part of a Gala Concert in aid of the WARChild charity at the City Museum, Plymouth, I have reworked some of the previous passage-work for violin and piano. The whole effect is for fun - it’s a stylistic pastiche - but for all that, should come off well in performance, even if both parts are now more demanding!

The attached photo is of Peter Fisher.

There is now a version got Flute & Piano, which has been slightly adapted in both parts, to accommodate the specific qualities of the woodwind instrument, over the violin.