Sign in / Register
HomeInstrumentationsOrchestraJason And The Dragon Of Colchis - Part 2

Jason And The Dragon Of Colchis - Part 2

By: John Hughes
For: Orchestra
This music is in your basket
View basket
Loading... 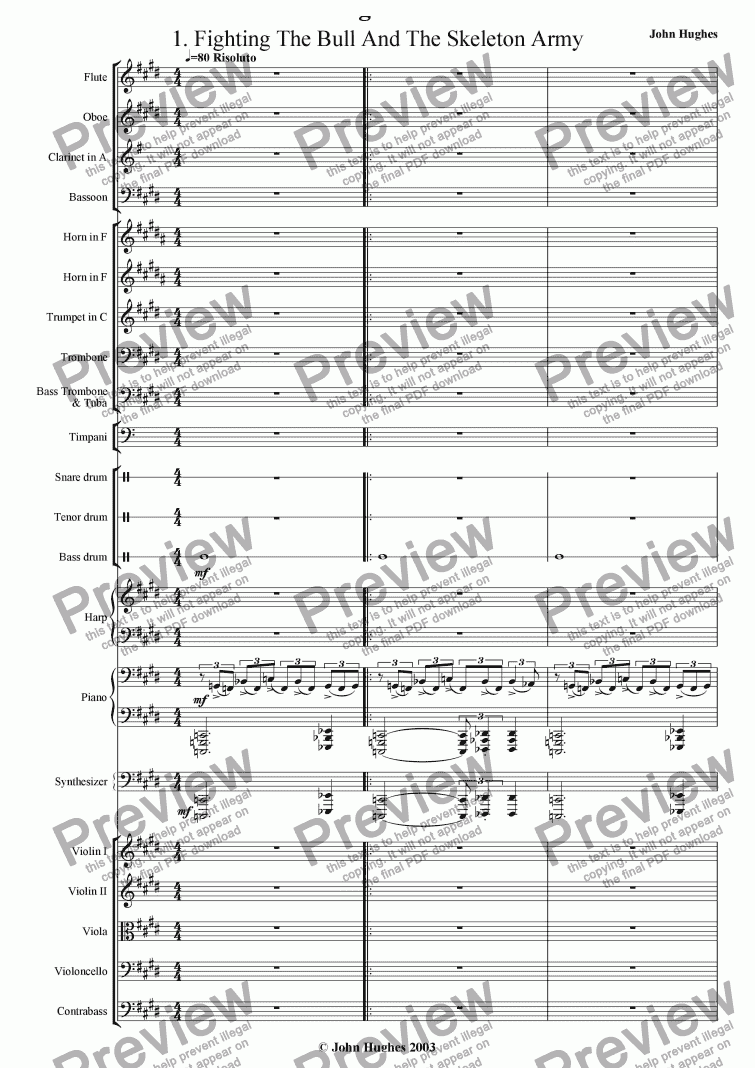 Jason And The Dragon Of Colchis - Part 2

By: John Hughes
For: Orchestra

Composer
John Hughes
Lyricist
none
Difficulty
Difficult (Grades 7+)
Duration
5 minutes
Genre
Classical music
License details
For anything not permitted by the above licence then you should contact the publisher first to obtain permission.

Music for a talking book project that never happened - a version of the story of Jason and the Argonauts. In this thrilling episode:

1) Fighting the Bull and the Skeleton Army.

Jason is confronted by a ferocious bull which charges towards him. In the ensuing fight a cloud of dust fills the air, and when it clears Jason stands triumphantly over the dead beast. But the Argonauts shout a warning - behind Jason a skeleton army has appeared. They attack Jason and again a dust cloud obscures the battle, but when it settles the army is destroyed and Jason is the victor.

Princess Medea again warns Jason that the king will try to kill him. She agrees to lead them to the fleece by night.

3) Through the Forest By Night.

The princess leads them through a dense forest with exotic birds singing from the trees. Eventually they reach a clearing and see something gold glistening in the branches of a great tree. The fleece. But as they stare at their prize, the trunk of the tree seems to move, and they see, coiled around the base ……

…. a huge serpent like dragon which rises up and threatens to kill them all with its breath of fire!

Tune in for the final part of this arousing tale when part three hits Sibeliusmusic.com soon!!!

Reviews of Jason And The Dragon Of Colchis - Part 2

Sorry, there's no reviews of this score yet. Please .
In order to submit this score to ScoreExchange.com John Hughes has declared that they own the copyright to this work in its entirety or that they have been granted permission from the copyright holder to use their work. If you believe that this score should be not available here because it infringes your or someone elses copyright, please report this score using the copyright abuse form.