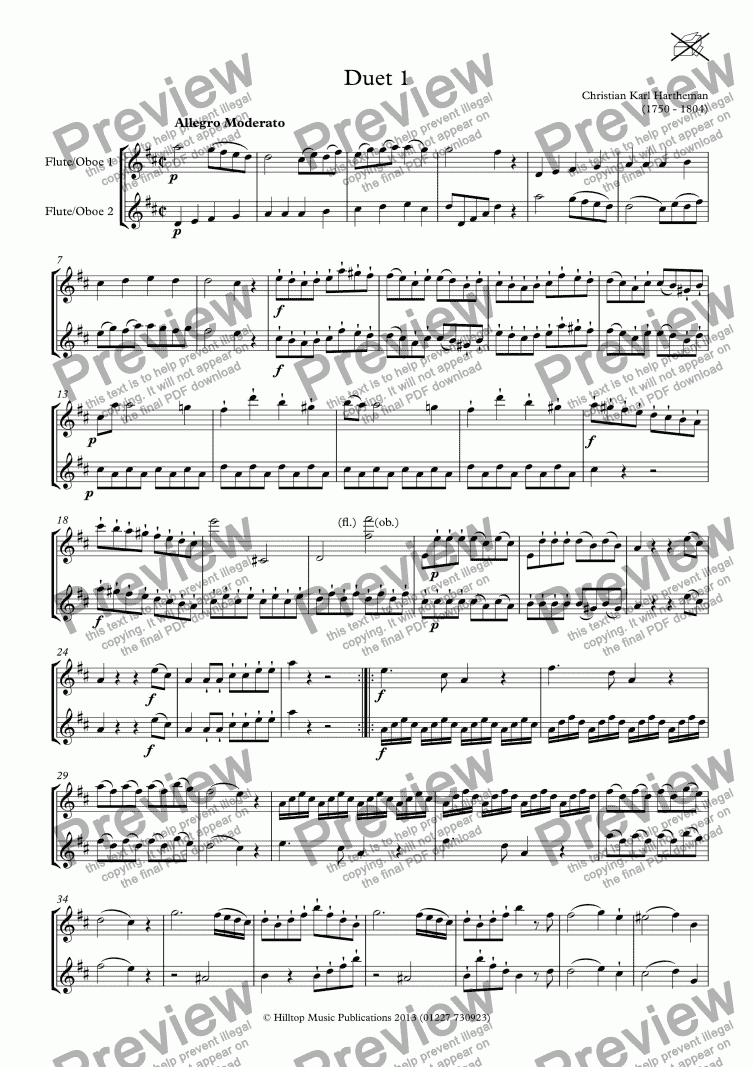 Composer
Christian Karl Hartheman (1750 - 1804)
Year of composition
1780
Publisher
Hilltop Music Publications
Difficulty
Moderate (Grades 4-6)
Duration
32 minutes
Genre
Classical music
License details
For anything not permitted by the above licence then you should contact the publisher first to obtain permission.

Christian Karl Hartheman (sometimes spelt Hartmann) published a number of works for flute in the late eighteenth century, including flute and string quartets, a work for flute and orchestra, pieces for solo flute and flute duets.

The ornamentation, articulation and dynamics are taken from the source with only minor changes to remove inconsistencies between the parts. In a few places editorial accidentals have been added in brackets. In some instances pages have been left deliberately blank to avoid awkward page turns.

In addition the following alterations have been made:

Sorry, there's no reviews of this score yet. Please .
In order to submit this score to ScoreExchange.com Andrew Wyver has declared that they own the copyright to this work in its entirety or that they have been granted permission from the copyright holder to use their work. If you believe that this score should be not available here because it infringes your or someone elses copyright, please report this score using the copyright abuse form.