By: Ludvig van Beethoven Arranged by Keith Terrett
For: Brass quintet
This music is in your basket
View basket
Loading... 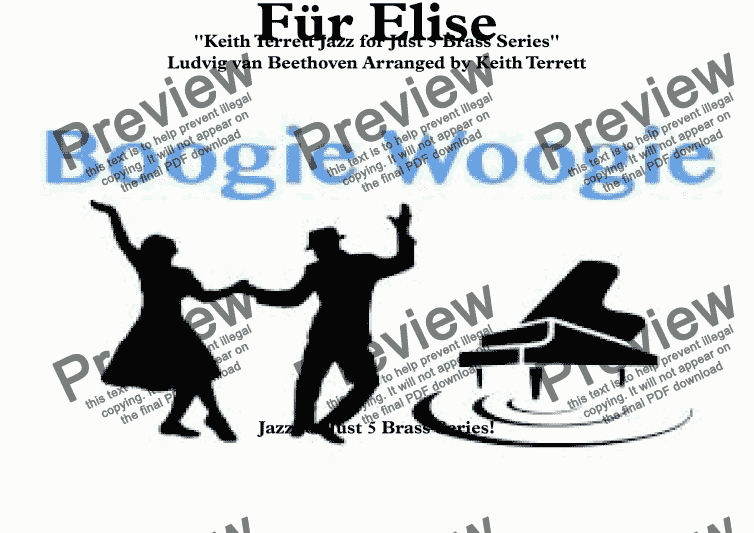 Composer
Ludvig van Beethoven Arranged by Keith Terrett
Year of composition
1867
Arranger
Keith Terrett
Year of arrangement
2015
Publisher
Music for all Occasions
Difficulty
Moderate (Grades 4-6)
Duration
4 minutes
Genre
Jazz music
License details
For anything not permitted by the above licence then you should contact the publisher first to obtain permission.

Bagatelle No. 25 in A minor (WoO 59 and Bia 515) for solo piano, commonly known as "Für Elise" or "Fuer Elise" (commonly written without Germanic umlaut marks as "Fur Elise"), is one of Ludwig van Beethoven’s most popular compositions. It is usually classified as a bagatelle, but it is also sometimes referred to as an Albumblatt.