By: arr. Philip R Buttall
For: Brass band
This music is in your basket
View basket
Loading... 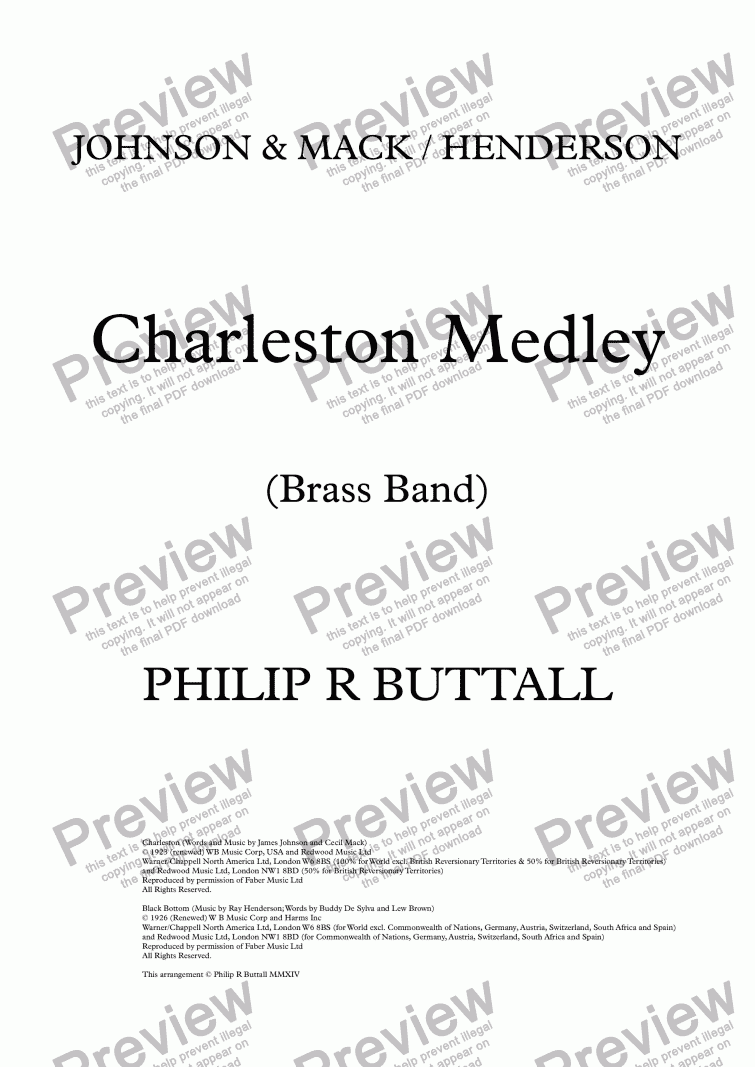 The original idea for this medley of The Charleston and Black Bottom resulted from a ’Twenties Evening’ organised in aid of Multiple Sclerosis by a retired local piano teacher and good friend, whose husband unfortunately suffered from the illness for many years, before passing away a few months back.

Following the relative success of some of the smaller instrumental version, and an arrangement for Wind Band, the present version for Wind Band seemed a logical way forward, and has already received enquiries from potential customers as to when it would appear.

As before, I have included alternative Treble Clef versions of Trombones 1 & 2, but am always happy to provide any additional transposition or part, if possible. In fact, only the other day, I was contacted by a bandleader / arranger in California, who asked me for a few extra version of regular parts, but in different clefs. These have been done, and added to the list of parts. Where a part shows (BC), this is a transposition into the bass clef, at concert pitch. (TC), on the other hand confirms a part in the treble clef, using the respective Bb or Eb transposition. Parts without BC or TC, are merely using the accepted brass band tradition of scoring, as far as that particular instrument is normally encountered in the Brass Band world.

I have used NotePerformer to produce the attached MP3 file.

There is also an optional Double Bass part, if needed.