By: J S ZAMECNIK arr Philip R Buttall
For: Brass quintet
This music is in your basket
View basket
Loading... 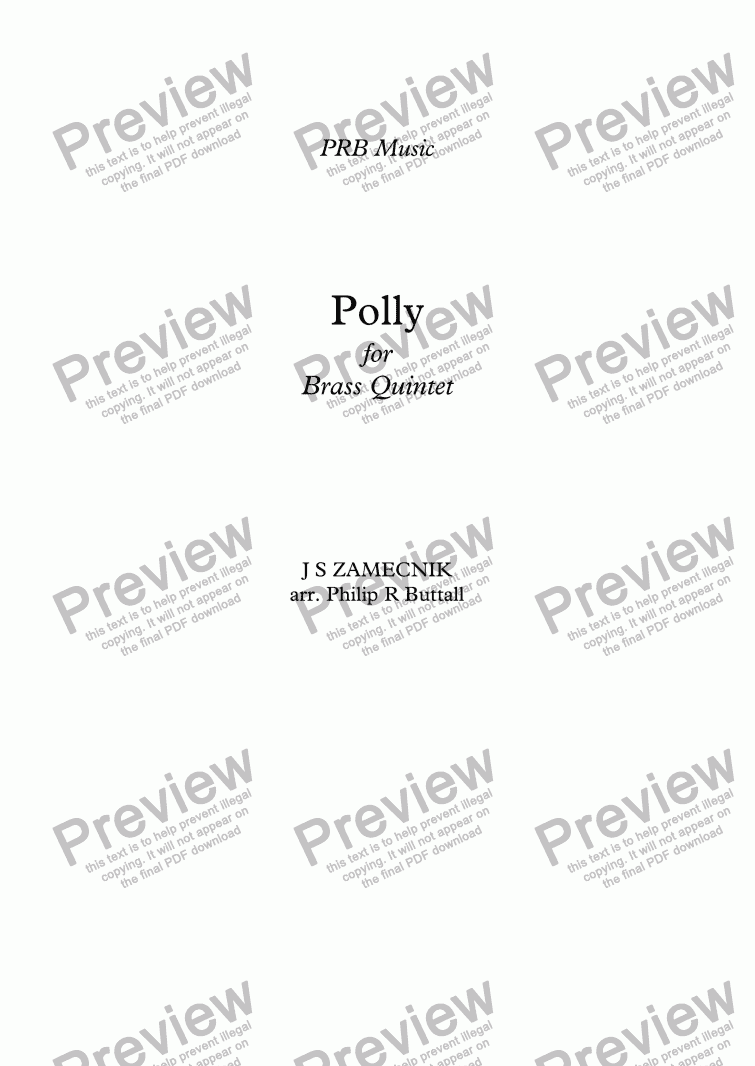 While looking through some of my old bits and pieces which I’ve accumulated over the years, I found this original Piano Duet by Zamecnik.

I have not made a lot of changes to the original, except at the end, where his is less effective, and gave the impression that it took one bar too many to finish.

I have tidied up some of the writing, and included a little counter-melody for the final reprise of the main tune. It bears an uncanny resemblance to Arndt’s Nola, not only using the same key structure, but also in the tune itself, especially rhythmically.

It’s a likeable little piece of light-hearted fun, and could certainly make a short and attractive encore, which would not be known, and which would hopefully send the audience away with a spring in their step!

This version for Brass Quintet very much follows the piano duet version, with some idiomatic changes along the way. Again, it should definitely make a light-hearted encore to any recital. I have shifted the original key of D up a semitone, which is more effective for the instruments. For this Brass Quintet version, I have suggested a slightly slower tempo, than the one for Wind Quintet.