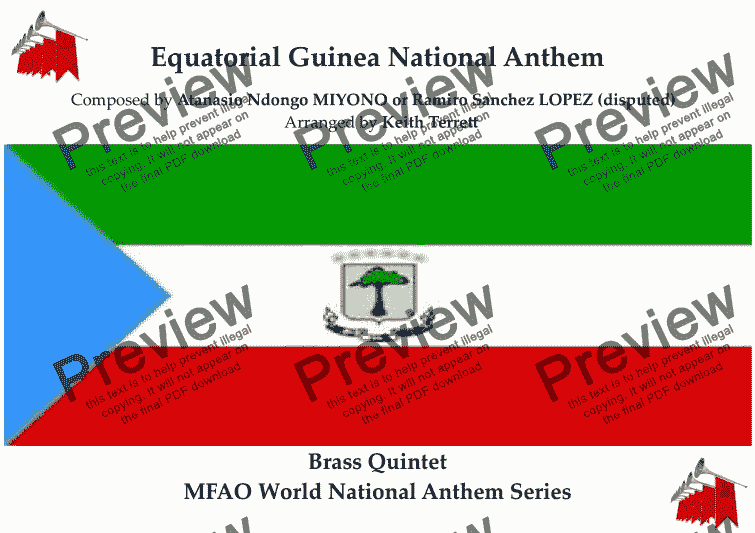 An arrangement for classical Brass Quintet of the national anthem of Equatorial Guinea.

Used since independence, the music of the anthem was composed by a Spanish lieutenant and the deputy director of music at the army headquarters in Madrid (the capital of the former colonial power).

Caminemos pisando las sendas de nuestra inmensa felicidad ( Let Us Tread the Path of Our Immense Happiness ) is the national anthem of Equatorial Guinea. It was written by Atanasio Ndongo Miyone. The music was composed by Ramiro Sánchez López, who was a Spanish Lieutenant and the deputy director of music at the army headquarters located in Madrid. The lyrics of the anthem were influenced by the end of Equatorial Guinea’s colonization, with anti-colonization being a main theme. The anthem was first used on Equatorial Guinea’s independence day, October 12, 1968, and has been in use ever since.

The National anthem of Equatorial Guinea is "Caminemos pisando la senda" which means in English "Let Us Tread the Path". 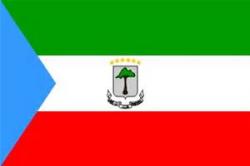