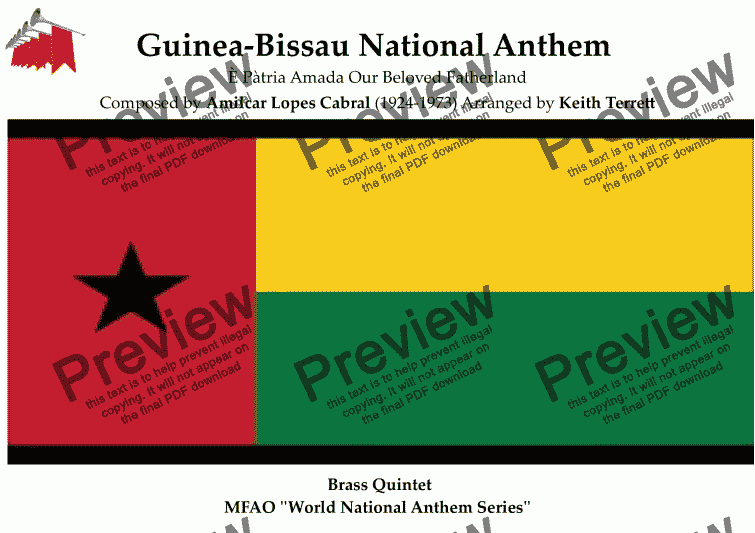 An arrangement of the national anthem of Guinea-Bissau arranged for classical Brass Quintet.

Any national anthem in my store can be arranged for almost any combination of instruments of your choice on request:keithterrett@gmail.com

In 1963, a delegation from Portugese Guinea (as it was then known, as a Portugese colony) visited China. After hearing a song composed by Xiao He, one of the independentist politicians in attendance, Amilcar Lopes Cabral, said that he would like that composer to compose a similar song to inspire the people of Portugese Guinea to strive for independence. Using African music as his inspiration, Xiao He composed the music, which became the anthem of Guinea-Bissau upon 1974 independence.

Since Cabral’s organization included both Portugese Guinea and Cape Verde, the anthem was also adopted by Cape Verde when their independence was achieved a year later. The two nations even proposed to merge, but this merger dissolved before it was realized, and a few decades later, Cape Verde subsequently adopted its own anthem.