Sign in / Register
HomeInstrumentationsQuintetThat’s A Plenty for Recorder Quintet

That’s A Plenty for Recorder Quintet

By: Lew Pollack (1895-1946) Arranged by Keith Terrett
For: Quintet of Soprano Recorders
This music is in your basket
View basket
Loading... 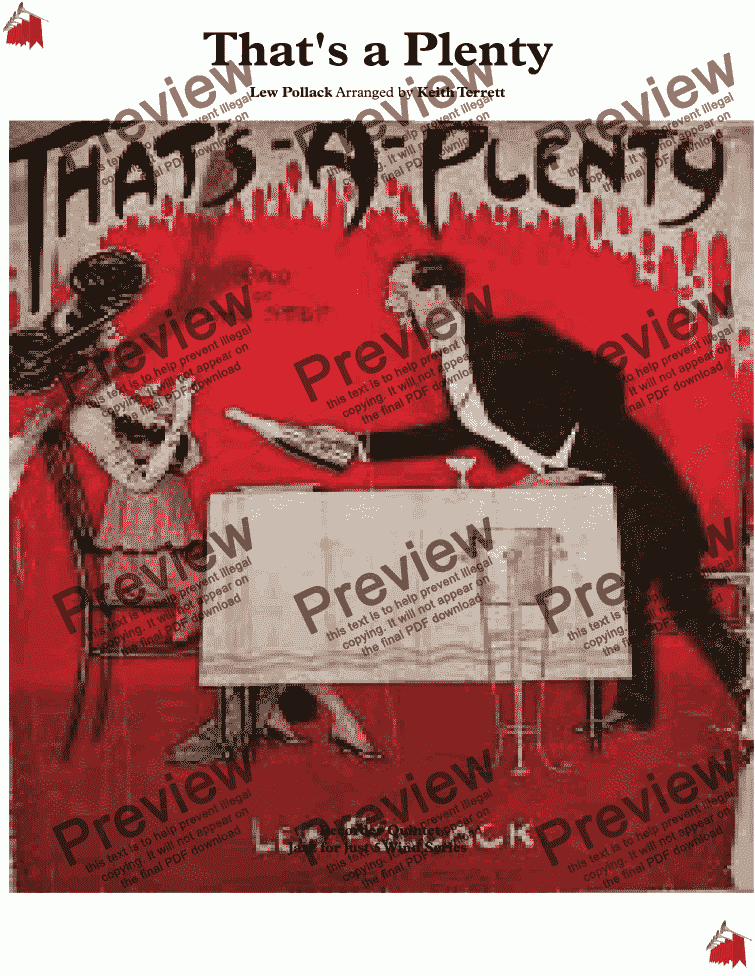 That’s A Plenty for Recorder Quintet

By: Lew Pollack (1895-1946) Arranged by Keith Terrett
For: Quintet of Soprano Recorders

Composer
Lew Pollack (1895-1946) Arranged by Keith Terrett
Arranger
Keith Terrett
Publisher
Music for all Occasions
Difficulty
Moderate (Grades 4-6)
Duration
2 minutes
Genre
Jazz music
License details
For anything not permitted by the above licence then you should contact the publisher first to obtain permission.

That’s a Plenty" arranged for Recorder Consort, is a 1914 ragtime piano piece composed by Lew Pollack. Lyrics by Ray Gilbert (born 1912) were added decades later. A number of popular vocal versions have been recorded, but the tune remains more performed as an instrumental.

Reviews of That’s A Plenty for Recorder Quintet