My account
Help Contact
HomeInstrumentationsOrchestra'n Visie van 'n Oorlog. (A Vision of a War.) for tenor and soprano, chorus and orchestra.

'n Visie van 'n Oorlog. (A Vision of a War.) for tenor and soprano, chorus and orchestra. 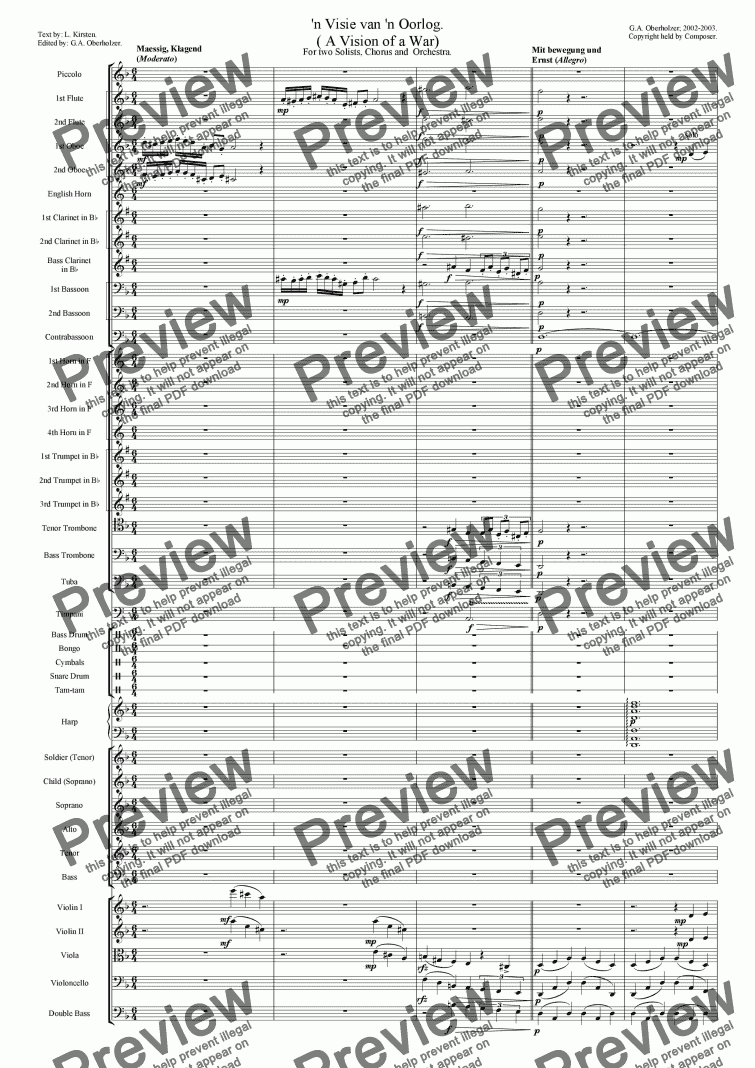 This work was inspired by a knife I have, called 'Rohan'. The idea of writing a work with the subject of War, however, only came later. I asked a friend, Laura Kirsten, to write me a text with the subject of war. She did, and then I wrote the music. The text is in Afrikaans. A translation, into English, is underway. The work is not based on a specific war but rather on the universal meaning of the word. In its essence an unnamed Soldier tells his tale, and a chorus reflects on the subject. The orchestra is also a 'character' that tells a tale sometimes of Happyness and sometimes of Sorrow. There is also a war between rhythm and beats throughout the work.

In order to submit this score to ScoreExchange.com Gabriel Oberholzer has declared that they own the copyright to this work in its entirety or that they have been granted permission from the copyright holder to use their work. If you believe that this score should be not available here because it infringes your or someone elses copyright, please report this score using the copyright abuse form.

Reviews of 'n Visie van 'n Oorlog. (A Vision of a War.) for tenor and soprano, chorus and orchestra.