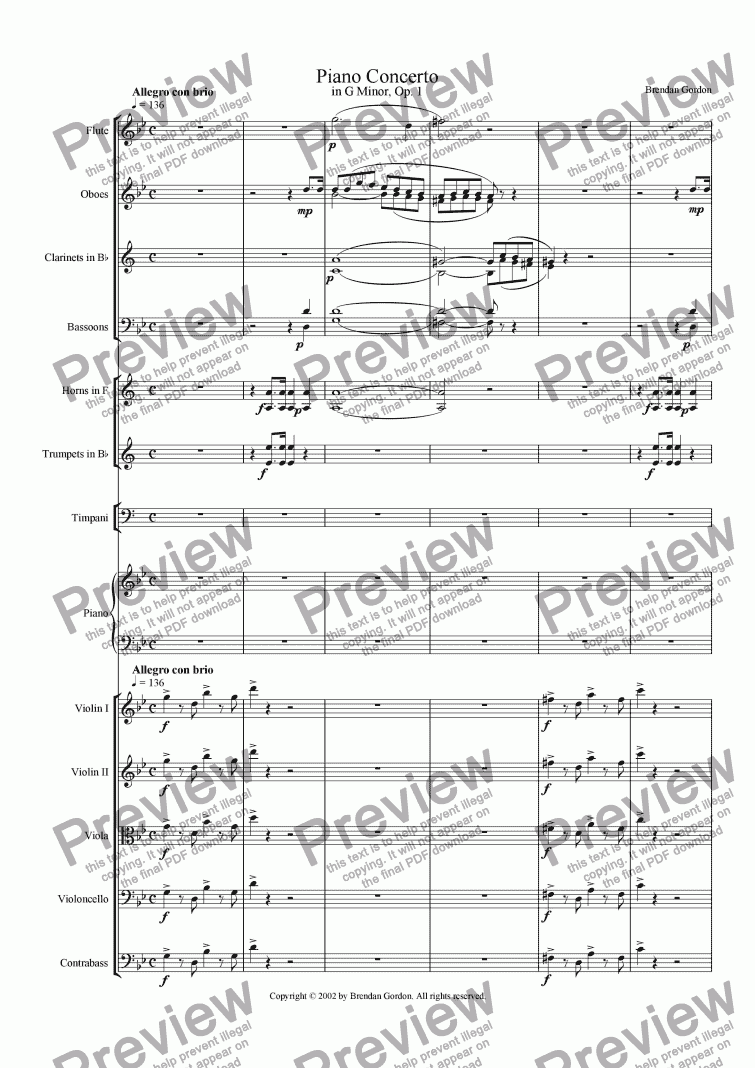 Here we have it – my first original creation. This piano concerto is set in Classical style like Mozart or Beethoven, but with many Romantic characteristics (which I hope to build on with later compositions). This first movement took me two years to finish (1999-2001). Overall, I’d say the style of this movement resembles Hummel closest, even though that wasn’t my intent. It is rather long, and as this is the conductor’s score, and to cut down on length, the cadenza near the end is not included. It has the same basic structure as a Mozart or Beethoven concerto.

This movement of the concerto was premiered on April 15, 2010 at the University of Idaho, with myself playing the piano, together with a volunteer student orchestra. (Thanks guys!) An mp3 of the recital has been attached.

If you are interested in having this concerto performed by a full orchestra, e-mail me and I’ll send you the parts for another $12.50. Also, feel free to leave comments!

Note that I also have a 2-piano study score version, which might be handier for pianists and others who don’t wish to buy the entire orchestral score. (See "Associated scores")

In order to submit this score to ScoreExchange.com Brendan Gordon has declared that they own the copyright to this work in its entirety or that they have been granted permission from the copyright holder to use their work. If you believe that this score should be not available here because it infringes your or someone elses copyright, please report this score using the copyright abuse form.