Four Early Jazz Classics from the USA for Wind Quintet

By: Joseph Eastburn Winner (1837-1918) Arranged by Keith Terrett
For: Wind quintet
This music is in your basket
View basket
Loading... 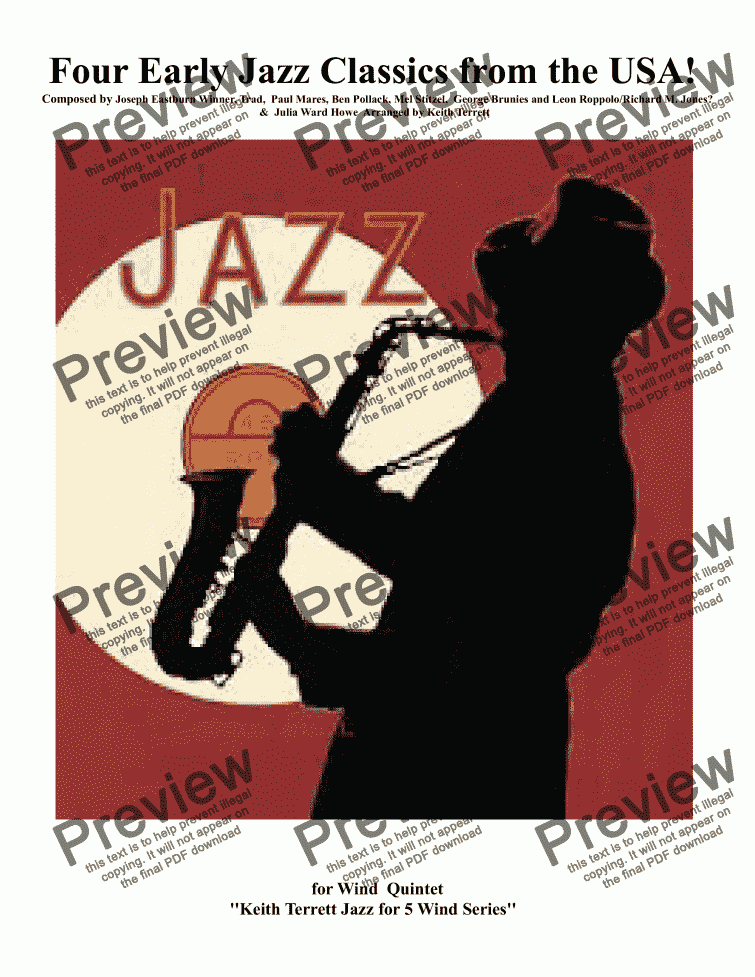 Four Early Jazz Classics from the USA for Wind Quintet

Composer
Joseph Eastburn Winner (1837-1918) Arranged by Keith Terrett
Arranger
Keith Terrett
Publisher
Music for all Occasions
Difficulty
Moderate (Grades 4-6)
Duration
11 minutes
Genre
Jazz music
License details
For anything not permitted by the above licence then you should contact the publisher first to obtain permission.

4)Battle Hymn of the Republic:"The Battle Hymn of the Republic", also known as "Mine Eyes Have Seen the Glory" outside of the United States, is a song by American writer Julia Ward Howe using the music from the song "John Brown’s Body". Howe’s more famous lyrics were written in November 1861, and first published in The Atlantic Monthly in February 1862. The song links the judgment of the wicked at the end of time (Old Testament, Isaiah 63; New Testament, Rev. 19) with the American Civil War. Since that time, it has become an extremely popular and well-known American patriotic song.

Arranged here for Wind Quintet, this arrangement is available for most ensembles of your choice, e-mail for other arrangements.