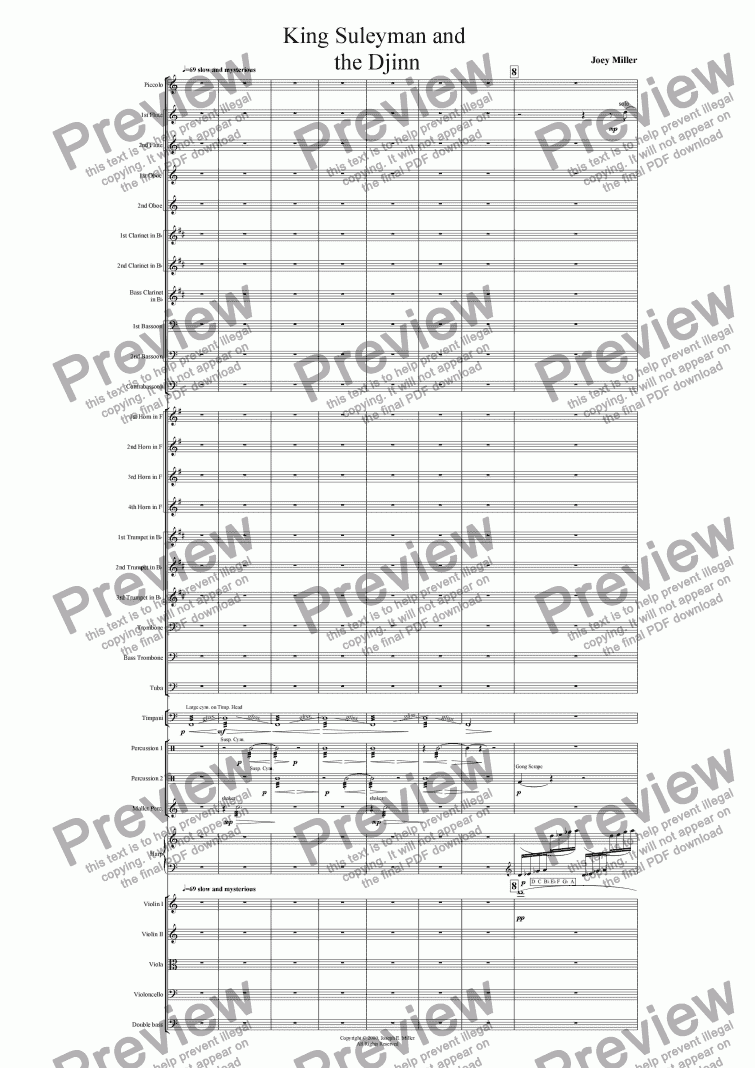 One day king Suleyman (or King Solomon), who had great powers and a formidable magic ring with jewels given to him by the angels, used his art to gather the multitudes of Djinn around him, for he wanted to see what they looked like. He conjured them to come into his presence, and as they poured forth in vast numbers, the earth trembled. When they became visible to him he reported that he saw legions of aberrant creatures, some two-headed, some fire breathing, and then many thousands in the shapes of fantastical hybrid animals with the head of a cat and the body of a dog and hooves, or with heads on backward. With his magic ring held high, he watched as they bowed to him, for he could subdue all but Iblis. King Suleyman used his magic for the powers of good, and he soon had a legion of Djinn building for him, diving for pearls, collecting jewels, and mining minerals. No human could craft metal like the Djinn, and their fabulous rings play a part in many tales.

In order to submit this score to ScoreExchange.com Joey Miller has declared that they own the copyright to this work in its entirety or that they have been granted permission from the copyright holder to use their work. If you believe that this score should be not available here because it infringes your or someone elses copyright, please report this score using the copyright abuse form.

Reviews of King Suleyman & the Djinn